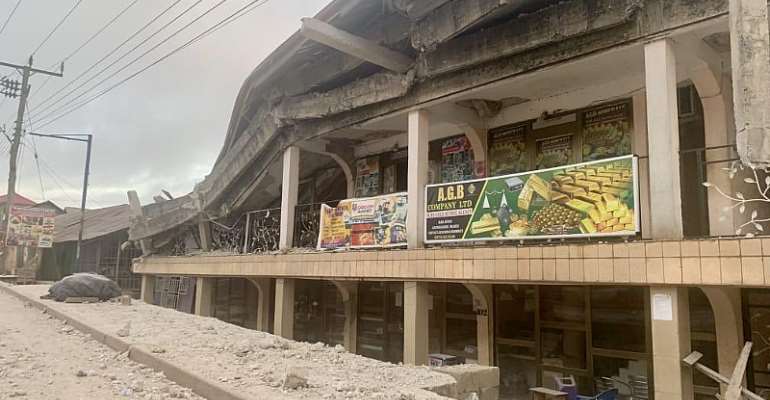 A three-storey building hosting several stores has collapsed at Asankragwa in the Amenfi-West Municipality of the Western Region injuring several people.

The Western Regional NADMO Director, Abdul Ganiwu told Citi News that they are still investigating to unravel the cause of the collapse.

“It is a three-storey building with stores that collapsed.”

“So far, some people who sustained injuries as a result of the collapse have been sent to the hospital but we haven't recorded any death so far. What caused the collapse of the building, nobody can tell now because there was one person who lived at the top of the building and he says all he heard was that the whole building just came down. He said it was very late in the night hence we’ve not been able to detect what caused the collapse. But that is what we are investigating now and we shall update you,“ he said.

The injured persons are receiving treatment at the Catholic Hospital in Asankragwa.