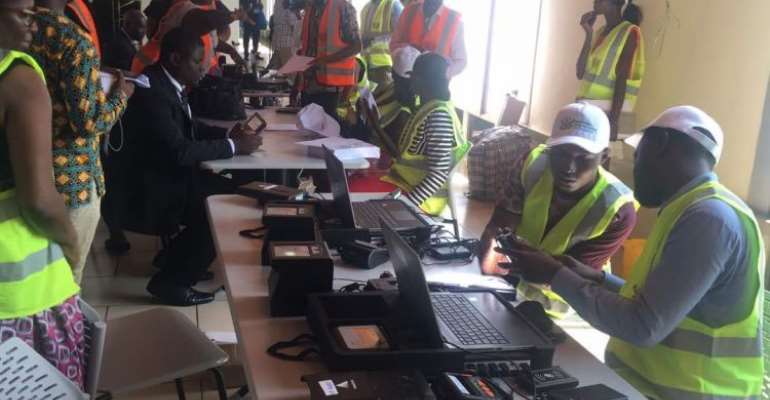 The National Identification Authority (NIA) has announced the indefinite suspension of the mass registration exercise for the Ghana Card in the Eastern Region.

A statement issued by NIA and signed by its Head of Corporate Affairs, ACI. Francis Palmdeti, says the decision follows a careful assessment of the registration exercise carried out in the Eastern Region between Wednesday, 4th March 2020 and Friday, 20th March 2020.

It noted that the decision to suspend the registration follows a careful assessment of the exercise in the region so far.

“It also takes into account the current trend in the spread of COVID-19 in Ghana since the suspension of the mass registration exercise on Saturday, 21st March 2020, following the service on the NIA of an interlocutory injunction application,” it added.

“The NIA welcomes the dismissal by the High Court of the interlocutory injunction application and the substantive suit.

Nonetheless, NIA will continue to suspend its mass registration operations in the Eastern Region until further notice,” it said.

“NIA will use the period of suspension to continue with its preparations toward the establishment of its Regional, Municipal and District Offices and arrange for the co-location of its registration services at some of its cognate institutions such as National Health Insurance Authority (NHIA), Social Security and National Insurance Trust (SSNIT), Driver and Vehicle Licensing Authority (DVLA) and Ghana Revenue Authority (GRA), among other responsibilities.

Meanwhile, NIA will continue to observe developments relating to the management of COVID-19 in Ghana and will determine, at the appropriate time, when and how to resume its mass registration operations,” it added.