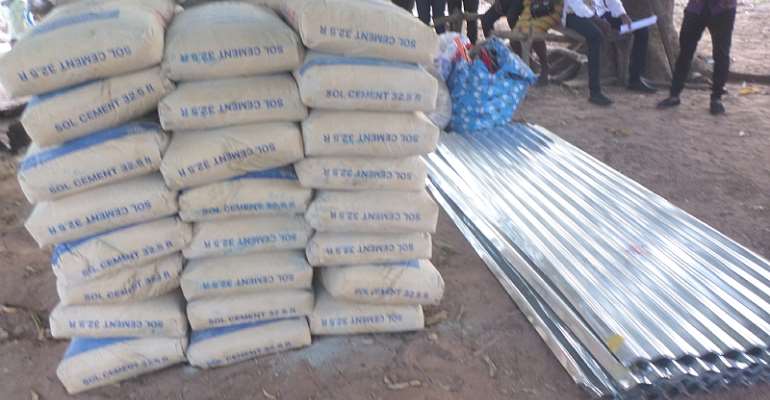 The Atebubu-Amantin municipal assembly has presented fifty bags of cement, ten packets of roofing sheets and an amount of GHC500.00 to fire victims at Yabraso a community in the municipality.

Yabraso was gutted by fire on February 2 this year razing down 15 houses and rendering about 100 people homeless.

Making the presentation, the Municipal Chief Executive, Hon. Edward Owusu applauded the victims for their patience in the wake of the disaster and ordeal that they had to endure.

He urged them to live in peace with the African Plantations for Sustainable Development APSD from whose plantation they suspect the fire had emanated.

Officials from the plantation, however, refute the assertion by the community saying the inferno as a result of wildfire from which the plantation itself suffered.

“Both the Yabraso community and the APSD constitute 2 of our key stakeholders hence the need to intervene in the interest of peace,” the MCE said.

He urged them to use the items for the intended purpose.

The municipal fire command took the victims through some fire prevention measures while the MCE spoke to them about steps to combat the COVID-19 pandemic.

The head of the community Mr. Kwasi Kromgya thanked the MCE and the assembly for the gesture which he acknowledged will bring some relief to his people. 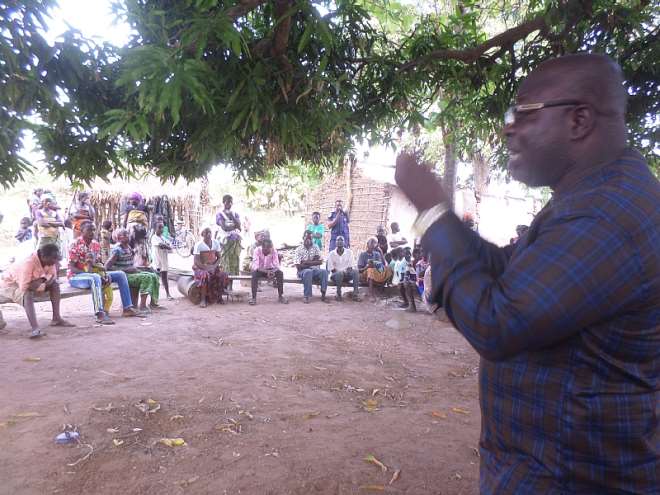