Ministry To Meet Gov't For Stimulus Packages For Tourism Industry 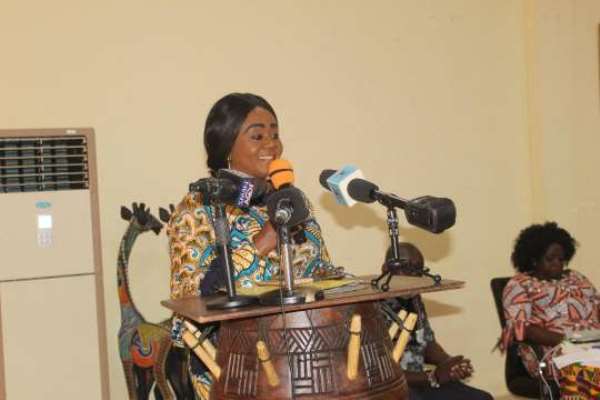 Mrs Barbara Oteng Gyasi, the Minister of Tourism, Arts and Culture said the ministry would engage government on a stimulus support system to cushion the tourism industry in the wake of the COVID-19 scare.

She said government recognised the immense contribution of the industry to the economy and would put in place measures to ensure that the sector does not suffer as a result of the pandemic.

The Minister announced this on Wednesday at a stakeholders meeting in Accra to brainstorm how best to seek support from government due to the effects of the disease on the sector.

The meeting brought together representatives from the Ghana Tourism Federation which represent 23 institutions to chart the path forward in addressing challenges faced by the industry.

The stakeholders has developed a proposal to the Ministry on the effects of the disease on their operations and the Ministry promised to engage the leadership of the Federation to President Akufo-Addo for assistance.

This, the Minister explained was necessary because the sector employs a huge number of people across the value chain sector for socio-economic development.

She was optimistic that the engagement with the President would yield positive results and explore ways of discussing with the financial institutions to extend the payment of moratorium with the industry players.

Mrs Gyasi commended the hotel industry for availing their facility to government to be used as a quarantine centre, stressing that their efforts had demonstrated love and service to humanity in this difficult situation.

Mrs Bella A. Ahu, President of the Federation appealed to Government to grant its members incentives to compensate negative impact of the pandemic on the industry, as confirmed cases in the country rise to 68.

"The Federation is seeking for subsidy in water and electricity tariffs, suspension of taxes such as VAT, Tourism Levy, National Health Insurance Levy, Property rate and Business Operating Permit", she said.

The Federation called for more stakeholder engagements during and after the crisis and urged its members to stay calm and adhere to the directives of the World Health Organisation and the Ghana Health Service.

Some of the members suggested the introduction of an emergency levy to help the industry in times of global crisis.

A representative from the Airline industry said there has been adjustment due to the pandemic, stating that individuals who have bought ticket on their names could be allow to change the names.

Also the Airline system is flexible that the tickets could be used as voucher for a longer period of time without expiry dates.