Signature On Will Is Valid – Supreme Court Pronounces 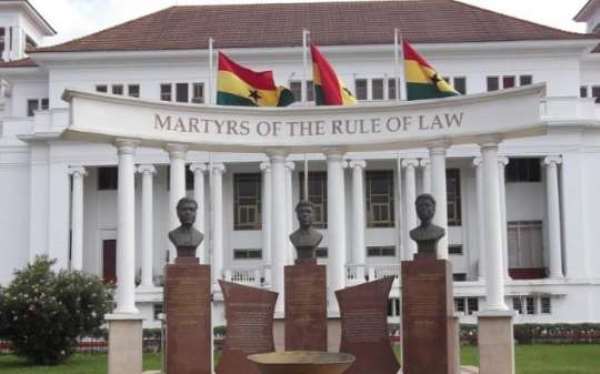 The troubles of four persons including a Catholic Priest and a lawyer, accused of alleged forgery and abetment of crime in respect of a testament disposition, are far from over, despite the unanimous ruling by the Supreme Court, that the document is genuine.

The Apex Court has ruled that the “Will' of Kofigah Atanley Komla and signatures on the document are valid and not forged but an Accra Circuit Court, where the four are standing criminal trial, says the case would continue.

The reason given by the lower court is that what the Supreme Court's dealt with was a civil suit and not the criminal matter.

The court, which had earlier, taken the pleas of three of the accused persons - John Kwaku Quarshie, a Mechanic, Francois Kofigah, Contractor and Peter Kofi Atsu, a Catholic Priest, consequently ordered the fourth person, Somtim Tobiga, a legal practitioner, to give a formal statement, stating his innocence or otherwise of the charge.

He pleaded not guilty and he was freed on self-recognizance bail. They have all denied the charges of abetment of crime and altering of document.

Police Chief Inspector Simon Apiorsornu, had told the court that, the complainant, Robert Kofigah, is an Accra-based businessman.

Two of the accused persons – Quarshie and Francois, are members of the Kofigah family in Agbozume, in the Volta Region.

The complainant's father – Komla, died on September 5, 2009, leaving behind two wives and 21 children.

The prosecution said after his funeral the entire family met to discuss how they were going to dispose of his estate.

At the meeting, the family was told that the deceased died intestate and plans were made to share the property.

Before they could do that, they received a letter from a High Court asking them to appear before it for a “Will” purported to have been authored by the deceased to be read to them.

They did as they were told – appeared before the court on February 5, 2010, and when the “Will” was shown and read to them, the complainant after careful examination of the signature on the document decided to file a motion in court to challenge its authenticity.

He said the matter was heard by the court and a ruling was given in his favour – the Will was declared null and void.

Chief Inspector Apiorsornu said in April 2018, the complainant petitioned the Director General of the Criminal Investigation Department (CID) to investigate how the Will came to be forged and this was referred to the Documentation and Visa Fraud Unit (DVU).

At the time the petition was referred to the DVU, two of the executors, Madam Sophia Obuobi and Muda Eliason had passed on.

Checks at the High Court Registry, Accra, revealed that the purported Will was deposited at the Court's registry on October 7, 2009 after the death of Komla.

The prosecution said on May 12, 2010, the accused persons attempted to use the forged document to secure a probate at the High Court.

He added that during investigations, specimen signatures on the purported Will together with samples of documents were sent to the Police Forensic Laboratory for examination and comparison and the signatures were proven to have been altered.