By Sophie Pons with Algiers, Rabat and Tunis bureaux 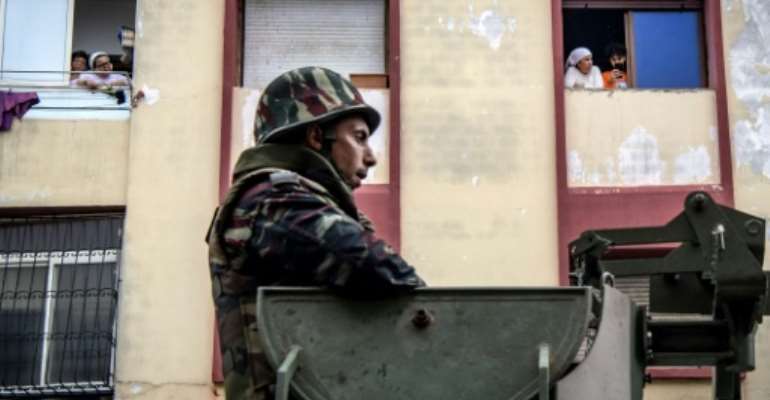 The Moroccan military has deployed personnel in the streets to instruct people to remain at home. By FADEL SENNA (AFP)

In Algeria, Tunisia and Morocco, workers in informal jobs fear not only the novel coronavirus, but how they will survive emergency measures that have cut off their livelihoods.

"We are stuck at home, with no work and no pay," said Hakim, a 30-year-old father who until last week worked in a bar-restaurant in the Moroccan capital Rabat.

His boss told employees he wouldn't pay them for the month of March, but Hakim said they can't do anything about it.

Morocco, Algeria and Tunisia, like many other countries worldwide, have announced strict measures to confront the COVID-19 pandemic.

Police and soldiers patrol deserted roads, cafes and restaurants have closed, street vendors have disappeared and small businesses have pulled down their shutters.

The three North African countries have a combined population of around 90 million.

Among them are millions working in informal, undeclared or precarious employment lacking social protections, from day labourers to street vendors, craftspeople to cleaners, caretakers to construction workers.

"There are no more clients," said Mohamed, a self-employed plumber and father of three in a working-class neighbourhood of Rabat.

"At the same time, the price of vegetables has soared."

The situation is particularly critical in Morocco, where informal employment is estimated at almost 80 percent of the workforce.

That compares to 63 percent in Algeria and almost 59 percent in Tunisia, according to figures published in 2018 by the International Labour Organization.

In Mohammedia, on Morocco's west coast, Abdelkebir, like many informal parking attendants, used to live on tips. Now, work has dried up with the movement restrictions.

"I don't earn anything anymore," the man in his sixties said.

The pandemic has left governments worldwide scrambling to rescue their economies. 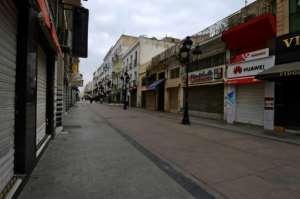 Tunisia has announced a 2.5 billion dinar (over $860 million) assistance plan for business and individuals. By FETHI BELAID (AFP/File)

A recently formed special economic council in Morocco has adopted measures to help cushion the impact of the anti-coronavirus measures.

Assistance includes fiscal support for businesses, monthly allowances of 2,000 dirhams (around $200) for employees with social security who lose their jobs, as well as deferred repayments on loans for individuals and businesses.

Economy Minister Mohamed Benchaaboun told AFP that "accompanying measures for the some four million households in the informal sector are being discussed" and should be implemented soon.

The money is coming from an emergency fund of over 25 billion dirhams (around $2.5 billion), financed by the state together with donations from businesses and individuals.

Tunisia has struggled to respond to its people's social expectations almost a decade since the country's uprising, with mass unemployment and inflation at seven percent. 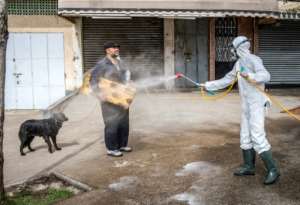 A Moroccan health ministry worker disinfects a man walking a dog and carrying a mat in Rabat. By FADEL SENNA (AFP/File)

Since the coronavirus crisis began, it has announced a 2.5 billion dinar (over $860 million) assistance plan for business and individuals, including 150 million dinars in allowances for the poorest.

But Abdeljelili Bedoui, a member of non-government group the Tunisian Forum for Economic and Social Rights, said lists of poor families didn't include self-employed and precarious workers.

"It will take time, and falls short of real needs", he said.

'Who will keep us alive?'

In Algeria, where the informal sector is estimated to represent 40-50 percent of GDP, public transport has also been suspended.

Of the three North African countries, Algeria has been the worst-hit by the novel coronavirus, with 230 officially declared cases, including 17 deaths and 65 recoveries, according to figures available Wednesday morning.

A partial lockdown was announced Monday for the capital Algiers and the region of Blida, which has seen the worst outbreak.

Online, many say that with no wages or savings, they can't last a week without work. 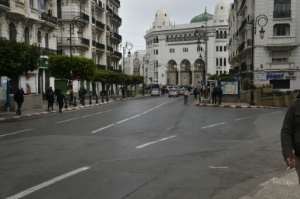 In Algeria, the informal sector is estimated to represent 40-50 percent of GDP. By RYAD KRAMDI (AFP/File)

"Who will feed us? Who will keep us alive? We can't even buy masks or sanitiser to protect ourselves," said 50-year-old Zohra, a mother of four whose husband is unemployed.

She sells bread, couscous and biscuits on the street of Algiers for a living, and fears having to stop work.

Hayet, a cleaning lady who also helps the elderly in their homes, said she was praying "to get through this alive, and that this illness of misfortune will be gone quickly" so she could return to work again.

She has no formal contract, and can no longer reach her employers' homes due to the lack of transport.

Monday was her last day of work.