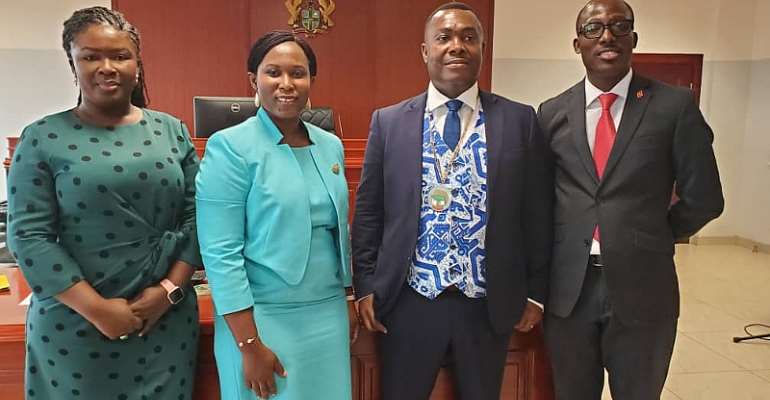 The Institute of Public Relations, (IPR) Ghana has sworn in a new executive committee in Accra.

At a brief ceremony at the High Court, Justice Stephen Oppong, a High Court judge swore in the Institute’s five member Executive Committee with Mawuko Afadzinu as President.

Other members of the new Executive Committee who were elected at the Institute’s last Annual General Meeting in Ada, include Henry Nii Dottey as Vice President, Shirley Tony Kum as Honorary Secretary and Afia Drah as Treasurer. Kwabena Asare Okae-Anti is the deputy Honorary Secretary.

For the next two years, Mawuko Afadzinu and his team is mandated to steer the affairs of the Institute which exists as the sole professional body for Public Relations practitioners in Ghana.