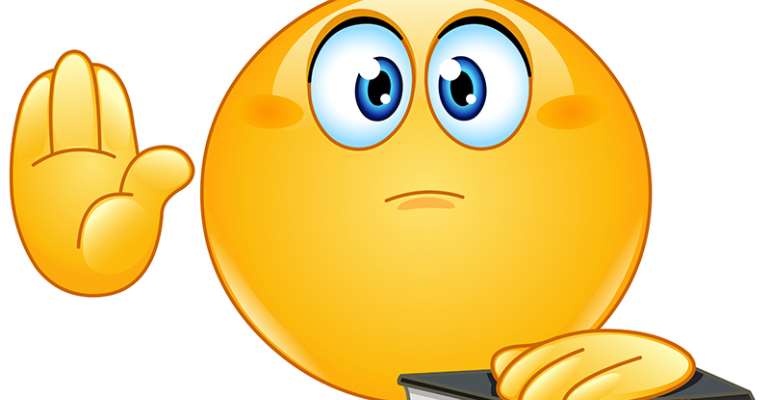 Emojis have become ubiquitous in text communication – messages are peppered with smiley faces, hearts and other graphic icons. They were first drawn by graphic designer Shigetaka Kurita , and generated by a Japanese communications firm called NTT DoCoMo in the late 1990s. Now they're everywhere.

But would you be quite so quick to insert an emoji into a message if you thought it might be interpreted as a threat or might offend the receiver? What if that smiley face could land you in court? Or bind you legally to a contract you never formally signed?

There's a growing body of case law from around the world – including the United Kingdom , New Zealand and France – where courts have been called on to interpret emojis as evidence. This, in turn, has seen a rise in academic literature on the subject. That includes research in the field of forensic linguistics, which we both study .

The phrase “forensic linguistics” was first recorded in 1968 by professor of linguistics Jan Svartvik , who was analysing the language in a set of legal statements. Forensic linguist John Olsson, defines the discipline as

… the interface between languages, crime, law, where law includes law enforcement, judicial matters, legislation, disputes or proceedings in law, and even disputes which only potentially involve some infraction of the law or some necessity to seek legal remedy.

We held a two-day colloquium at Rhodes University in South Africa where forensic linguists and legal practitioners interested in language and the law discussed international developments. We also explored the ways that emojis might be interpreted in the context of South Africa's cultures and languages.

Similar colloquiums will be held with the legal fraternity to ensure judges and magistrates are able to interpret emojis and the importance of calling forensic linguists as expert witnesses.

Emojis in other courts

Forensic linguists are called as expert witnesses in court cases to provide linguistic analysis of legal documents and other forms of oral and documentary evidence – including emojis. They can identify authors based on the language used in a document or statement. They can also provide legal interpretation or translation in a court room.

The US probably leads the way in terms of cases where emojis have been proven to defame others. In one circuit court case , the plaintiff alleged that the “tongue out” emoji insulted and defamed him on social media platforms. The court held that the emoji was intended to insult, ridicule, criticise and denigrate. This interpretation took place in relation to the facts and other circumstances of the case.

The interpretation of emojis, where the true intention of the sender is in question will be determined by other surrounding facts and circumstances, including the nature and tone of other communication, the relationship and surrounding factors. This will have to be carefully interpreted in multilingual settings and where communication is taking place across cultures. Shutterstock

In France in 2016 a man was convicted of threatening his ex-girlfriend and was sentenced to three months in prison. The charges were brought based on a text message in which the man sent the gun emoji. The court held that the gun emoji translated to a

… death threat in the form of an image

Sometimes emojis have held people to contractual obligations in court. In civil cases in the US, courts have interpreted the “thumbs up”, “fist bump”, “handshake” and “glasses” emojis as constituting an agreement or an intention to enter into a contractual agreement .

The interpretation of emojis will require specialised knowledge in a legal setting and forensic linguists are therefore necessary in court rooms to impart their expert opinion and assist the courts the interpretation of this evidence. With emojis being a form of non-verbal communication linguistic and legal expertise. In courts around the world, forensic linguists are proving to be of vital importance in ensuring that justice is fair and accessible. Their role in a multilingual and multicultural South African courtroom will prove to be vital with the interpretation of emojis.

One of the big issues that forensic linguists will have to contend with in South Africa, as in any multicultural society, is that of cross-cultural barriers. These may unintentionally place the sender of an emoji in an awkward – and even legal – dilemma if the recipient interprets it differently from the intended meaning.

For example and based on our own understandings and subjective beliefs and ideas, some emojis may be offensive, racist, culturally insensitive and homophobic. The monkey emoji may be viewed by a recipient as being racist, given the dark history of comparing black people to monkeys. A pig emoji may be read as insulting or degrading.

Of course these sorts of misunderstandings aren't limited to South Africa. In Italy, pinching your fingers together means “What do you want?” Unicode Consortium , a nonprofit corporation that “standardises software and the representation of text internationally” has said the meaning of this emoji will not be misunderstood as “everyone knows the Italians talk with their hands ”. But in India , for instance, the same gesture is a way of asking whether someone is hungry. The thumbs up sign, meanwhile, tells people in some parts of the world that everything is in order; elsewhere, it's an insult .

Emojis are here to stay. And they will no doubt start to crop up in cases in South Africa's courts, if the global examples are anything to go by. Forensic linguists can play a valuable role in guiding courts as they seek to interpret emojis as evidence.