Women’s Participation In Local Governance In Ghana: The 2019 District Level Elections In Perspective

By Abantu For Development 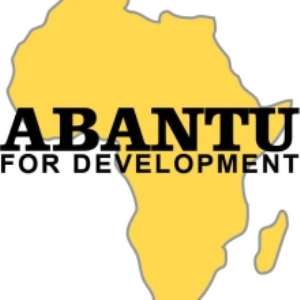 ABANTU for Development wishes to underline the critical importance of women’s full representation and participation in local governance, in spite of the dismal outcome for women of the 2019 District Level Elections.

In a press statement released by ABANTU for Development indicates that the 2019 Local Government Election shows that the goal of parity is a long way off and the nation needs to take decisive measures immediately.

"Elections are failing to deliver district assemblies that are devoid of gender marginalisation against the desire to institutionalise political legitimacy and fulfill promises of equitable, sustainable and effective local governance which requires gender sensitivity".

On Tuesday 17th December 2019, Ghanaians went to the polls to cast their ballots to elect members to serve in the District Assemblies nationwide for a period of four years. The process was intended to consolidate constitutional democracy and afford the opportunity to all to be part of the decision making process.

Ghana’s District Assemblies were created as the highest political authorities in the districts under the decentralised system of governance to help leapfrog community development.

The objective is to make these assemblies effective centres of self-governance, intensify mass local participation in decision-making, planning and in the sustainable development process. The motivation is to support democracy and afford all possible opportunities to all the people to participate in decision-making at every level in national life.

The system and its processes are therefore expected to facilitate effective popular participation of the marginalised, especially women, as central to ensure accountability, equal opportunities and access to national resources.

Unfortunately, since the introduction of the decentralised system in Ghana, women have been denied a chance to attain the 30 per cent UN recommended minimum threshold in representation in the assemblies in the election since 1988.

This makes gender-based exclusion in these structures a major deficit inequality in participation. Women continue to have a checkered history in both representation and participation. The highest number of women contestants and those elected came in 2006 Elections when 478 got elected as Assembly Members out of 1,772 who contested.

The issue of parity in women’s participation in policy-making structures should be a core concern in the desire to strengthen democratic culture and help build ideals of good governance. Local governance has the potential to empower citizens to express and exercise their views effectively and influence government priorities and processes, and women can articulate their needs and concerns more concisely from their own experiences.

Equal participation and sharing of power should engender engagement in policy-making affecting both women and men’s lives within the concept of equal citizenship rights.

By perennially allowing for low representation of marginalised groups, especially women, Ghana not only limits the diversity of the decision making bodies like District Assemblies but also poses a challenge to the provision of societal benefits central to true democracy.

The statement continues that, many countries including several in Africa are acting decisively by reforming electoral systems, undertaking constitutional reviews and passing legislation such as Affirmative Action Laws to ensure women’s equal participation and representation in politics and decision-making.

These efforts are in direct response to the globally agreed conventions and instruments that mandate all states to act resolutely to accelerate the increase of women in political participation as a critical component of democratic governance and sustainable development. Ghana can do same by passing the Affirmative Action Law.

Latest Photo Reports
Catch up with all the political quotes from our politicians.
Advertise here
More Opinion
ModernGhana Links
Your pride won’t feed us, Mr. President
Nurses should break the frontiers to change the Professional Status Quo
Consequences of uncontrolled distribution of humanitarian and military aid in Ukraine
Religious profanity versus civility
The Right Political Choice And Trajectory For Ijaw Nation
Protecting Migratory Birds in Africa
The Train Is Coming - Part 2
Manasseh should render an unqualified apology to President Mahama on the Ford saga
Togbiga Wenya, the Leader and Ruler of Dogbos before Sri was born. And other matters
TOP STORIES

Any decision on Achimota Forest should either add more ecolo...
36 minutes ago