Rejoinder: In Theory, Asare-Donkoh’s Argument May Be Valid 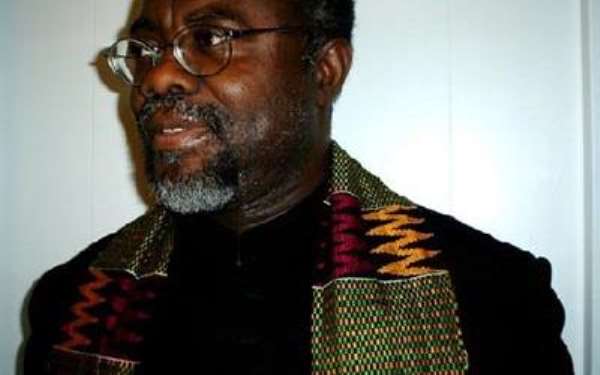 I have just read Kwame Okoampa-Ahoofe, Jr., Ph.D,'s article titled: “In Theory, Asare-Donkoh’s Argument May be Valid” with real unbelieve. His article was in response to my article published on modernghana.com on December 25, 2019 under the heading, “Why Ghana Does Not Need a New Voters’ Register for the 2020 Elections”.

I thought Kwame Okoampa-Ahoofe, Jr., Ph.D,'s article was going to stick to the points I raised in my article. I'm very disappointed in his response. I realised that he just used words to go round round and round without responding to the points I raised, and rather dwelt on former President Mahama and the NDC.

In theory, he declared he was responding to my article because he felt I “hermetically” wrote it "from inside of a bubble or a political vacuum". That was a personal attack on myself instead of sharing his own opinion on the issue I raised. However, I never attack those whose views and ideas are different from mine. I’m therefore cool and he can therefore keep to his judgement.

Incidentally, his article (meant to be a response to mine) which I believe he did not write hermetically but wrote with the benefit of all influences and with full political knowledge, miserable missed every point.

Maybe, as he himself noted that, before he wrote his article that, ". . .unfortunately, I found my brain to be too tired and heated.. .", I suspect his brain was still too tired and heated. Having read some of his previous articles, he greatly disappointed me with this one.

Using my article to attack former President Mahama or the NDC was bad in itself because there was no link between my article and how Mahama’s government performed. Okoampa-Ahoofe, Jr., Ph.D. also wrote that he found my argument that the money to be spent on the creation of a new voters’ register would be better spent on the Senior High School (SHS) programme inexcusably farcical, because I did not give any evidence that former President Mahama would use that money on the SHS if he won the 2020 election.

Is it not strange for Okoampa-Ahoofe, Jr., Ph.D whose arguments are not farcical to conjure ideas I did not express into my article? My article never discussed who wins the 2020 election and whether the winner would continue to support the SHS or not. I therefore did not need to provide any evidence for the future running of the SHS. My point was on why there was no need for a new voters’ register. Was this too difficult for Okoampa-Ahoofe, Jr., Ph.D to understand?

The fact that I said the money saved from conducting a new voters’ register could be used on the SHS does not infer who the winner of the 2020 election would be otherwise I didn’t find point in the plenty grammar he wrote. How many of his overbearingly long sentences responded to my points on why I think there was no need for a new voters' register in this year?

Unlike himself, I am not an English scholar so I may be very limited in the use of the English language. However, I must say that if I were the editor of a newspaper, his article under reference won't pass for publication because it had nothing close to a response to my article.

My article never alluded to democracy being cheap. Therefore, Okoampa-Ahoofe, Jr., Ph.D's statement that, "whoever said that democracy was as cheap as Dr. Asare-Donkoh would have Ghanaians believe?" was mere throwing of punches in the air.

My understanding of feature articles is that one writes to give one’s views and opinions on issue(s) or shares with readers some new information. Feature articles are not merely for the display of one’s hold of the language in which they are written (to Okoampa-Ahoofe, Jr., Ph.D, the English language). After throwing out heaps of words, I don’t think he, firstly, actually understood my argument, and secondly, he has no appreciation of what feature articles do.

Democracy is about free expression and not personal attacks on those whose views one disagrees with so maybe Okoampa-Ahoofe, Jr., Ph.D would begin to learn this and stick to issues instead of attacking people for their views.