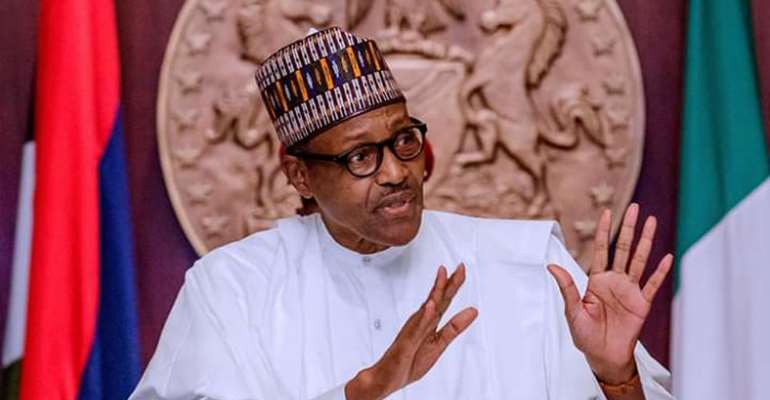 The Federal Government has told Socio-Economic Rights and Accountability Project (SERAP) that it “has no records of the exact amount of public funds stolen by a former military head of state, Sani Abacha and no records of the spending of about $5 billion recovered loot for the period between 1999 and 2015.”

The government’s response followed SERAP’s Freedom of Information (FoI) requests sent to Mr Abukabar Malami, SAN, Attorney General of the Federation and Minister of Justice and Mrs Zainab Ahmed, Minister of Finance, Budget and National Planning, requesting: “information on the exact amount of public funds stolen by Abacha, and details of spending of about $5 billion recovered loot since the return of democracy in 1999.”

According to SERAP, only Mr Malami has sent a reply to its FoI requests. In the reply dated 26 February 2020 but which SERAP said it received 9 March 2020, Mr Malami said: “We have searched our records and the information on the exact amount of public funds stolen by Abacha and how recovered loot was spent from 1999--2015 is not held by the Ministry.”

Mr Malami also said: “However, a total of $322 million was recovered from Switzerland in January 2018 and the funds were used for Social Investment Project. Also, $308 million was recovered from the Island of Jersey in collaboration with the USA. While awaiting the transfer of the money to Nigeria, it has been designated for the following projects: Lagos—Ibadan Expressway; Abuja—Kano Expressway, and Second Niger Bridge.”

Dissatisfied with Mr Malami’s reply, SERAP deputy director Kolawole Oluwadare said: “The failure to provide information on the exact amount stolen by Abacha and on spending of recovered loot for the period between 1999 and 2015 implicitly amounts to a refusal by the government. The government also failed to provide sufficient details on the spending and planned spending of the $630 million it said it recovered since 2018.”

In the statement dated 15 March, 2020, SERAP said: “in the circumstances and given that Mrs Zainab Ahmed has failed and/or refused to response to our FoI request, we are finalising the papers for legal actions under the FoI Act to compel the government of President Muhammadu Buhari to fully and effectively comply with our requests.”

Mr Malami’s reply with reference number MJ/FOI/REQ/035/11/34, was signed on his behalf by Hamza Adeyinka Omolara, Principal Counsel at the Ministry of Justice.

It would be recalled that SERAP’s FoI requests expressed: “concerns that substantial part of the estimated $5 billion returned Abacha loot since 1999 may have been diverted, re-stolen or mismanaged, and in any case remain unaccounted for.”

The Federal Government should disclose details of projects executed with the Abacha loot and their locations, details of companies and contractors involved in the execution of any such projects, details of all the agreements on the loot, the roles played by the World Bank and other actors, as well as the implementation status of all projects since 1999.”

Publishing the details of projects on which Abacha loot has been spent would allow the public to know the specific projects carried and the areas of the country in which the projects have been implemented as well as the officials that may be responsible for any alleged diversion or mismanagement of the loot.

According to our information, a special panel set up on 23 July 1998 by the former head of state General Abdulsalami Abubakar to probe the late military dictator General Sani Abacha stated that he stole over $5 billion between 1993 and 1998 when he was in power. Much of the stolen public funds have been returned to Nigeria.

The report by the panel shows that the government recovered some $635 million, £75 million, DM 30 million and N9 billion as well as several vehicles and properties in Abuja, Lagos and Kano together with 40% interests in West African Refinery in Sierra Leone. Other assets were recovered from the Abacha family and associates.

Furthermore, former President Olusegun Obasanjo administration also reportedly recovered over $2 billion of Abacha loot. Mr Obasanjo would seem to confirm this fact when he stated in the second volume of his book titled My Watch that: ‘by the time I left office in May 2007, over $2 billion and £100 million had been recovered from the Abacha family abroad, and N10 billion in cash and properties locally.’

The government of President Muhammadu Buhari has also recovered several millions of dollars of Abacha loot since assuming office in May 2015, including $321 million from Switzerland, and $300 million from the US and Jersey.