Coronavirus, A Name The Trotro User Doesn't Seem To Understand 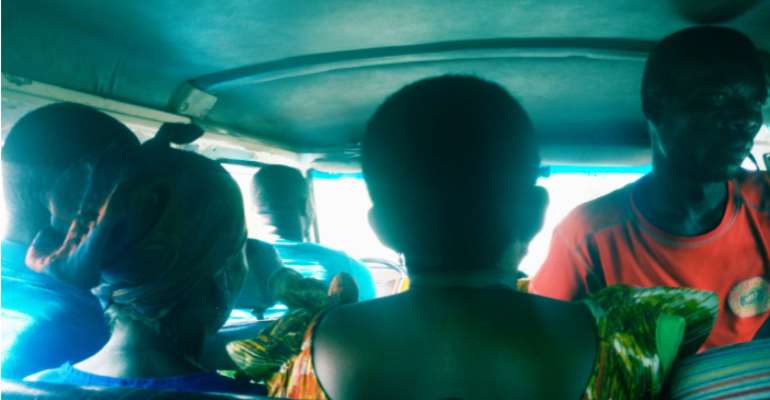 For the less than three months that the coronavirus or COVID-19 has been with us, it has thrown worldwide health and economic systems into bedlam– infecting 125 048 people as of this writing, and killing 4613.

At present, millions are sitting at home in mandatory quarantine as airports, train and bus stations around the world remain empty. The global market has received its fair share too. Industries are sinking and job cuts are on the increase as the spread of the disease is advancing in a dizzying speed. Among other things, major companies, especially transport industries, are counting losses to the lethal virus on a daily basis.

Unfortunately, on Thursday 12th March 2020, when Ghana has confirmed the first case of the virus, it's evidently clear that not a country on earth would be unaffected by the virus.

As such, it's important that Ghanaians start combating its spread, first, from our roads. As motor vehicles are arguably the common means of transport in Ghana, emergency preparedness such as the periodic use of bus disinfectants and the insistence on drivers to carry fewer or the right number of passengers in their vehicles is among the magical codes necessary for fighting in this crisis.

That notwithstanding, the proof that trotro drivers may be tempted to pay little attention to the escalating virus is the massive numbers they currently carry on our roads as passengers.

What follows is an immediate proof: I had a harrowing experience traveling by a trotro from Mafi-Kumase to Ho on Friday 13th March 2020. Few hours after mid-day as we set off, the journey that looked modest at the beginning ( as the Hyundai Grace was full with 11 passengers) has suddenly turned bleak and stressful on the way when we were stopped by two travellers and the driver decided to pull over and pick them.

On noticing that, I put up a quick resistance purposely to invite other passengers so that we could insist on the driver to do the right thing and proceed since there wasn't any vacant seat in the bus. In my mind, I felt, after all, by road traffic regulation he wasn't supposed to overload the bus. But shockingly enough, on the bus, everyone became dead silent. as their indifference has conveyed quite a deep meaning. It communicated an attitude or emotional state of sympathy.

When the driver realized that I was left alone in the fight, with boldface he told me he was only sympathizing with the new passengers, and that if his action didn't sit well with me I could get down. So I became deeply disappointed and embarrassed for being that lone passenger who wanted to claim my right. So I decided to let it go. And they joined the bus as he packed all of us like a mackerel.

As he continued to drive, I began to contemplate on the incidence: was that really sympathy? For me, sympathy is a value and participating in it can be a good thing but not to the extent that it would endanger other people. It appears the trotro user, particularly the one in the peri-urban area, has lost his or her right to the driver because s/he is full of sympathy, and by so doing s/he has become blind to safety measures.

Sadly, the trotro user doesn't understand that s/he must take personal responsibility of his or her health; and above all, s/he doesn't understand that insisting on drivers to do the right thing would minimize the spread the deadly virus. And since the escalating virus is here with us, the trotro user must learn to create and live in a comfortable space both in vehicles and public places.

By being sympathetic toward others, the trotro user has failed to understand that a trotro driver is never satisfied. The reason why they'll continue to do what they're known for— always packing passengers as a mackerel lies in their habit to maximize daily income at all times.

Finally, the trotro user must understand that we're living in an extraordinary time—a time of stopping a dangerous virus before it wipes out a million lives.

In closing, in so far as that extraordinary time requires extraordinary measures, the following can be considered by passenger vehicles: the first thing, all driver's mates must put on hand gloves in the discharge of their duty to safeguard them from possible infection through the collection and changing of lorry fares; the second thing, union leaders and station masters must ensure buses on the road are regularly disinfected and; for the fourth thing, the police must also step up their game by strictly enforcing road compliance in the motor traffic regulations. Above all, station managers and passengers must make sure the "one-man, one-seat" policy is strictly adhered to.

For we must be wiser than we must be sympathetic!
Komla Lokoe
[email protected]

I will disappoint any MMDCE who doesn't live up to expectati...
31 minutes ago