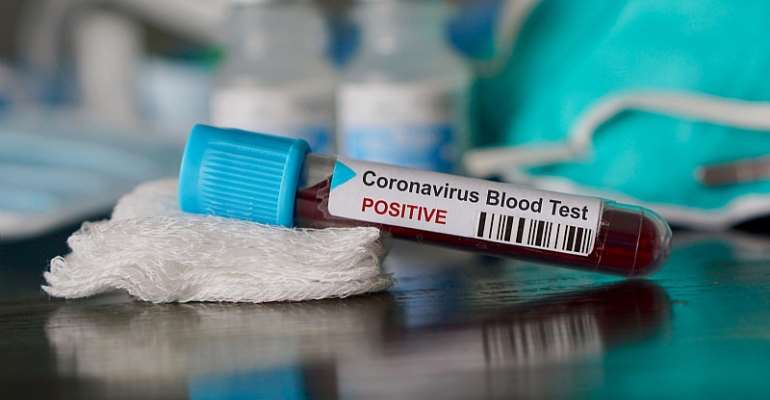 The coronavirus, which has brought economic activities in one of the world’s largest economies, China, to a standstill, could trigger a global economic recession if measures are not put in place to curb the outbreak as soon as possible, the Executive Director of Financial Market Sales at the Standard Chartered Bank Ghana, Mr Jojo K. Bannerman, has said.

He said the virus was impacting the world differently from the way other previous outbreaks have due to the importance of China to the global economy.

China now accounts for 20 per cent of global GDP versus nine per cent during the SARS outbreak of 2003.

Mr Bannerman was speaking in an interview with the Daily Graphic on the economic impact of the COVID-19 virus.

“I agree 100 per cent that if the outbreak becomes a global pandemic, which is the worst-case scenario, then clearly we are likely to experience a global recession,” he stated.

The virus has now infected about 88 countries outside of China.

Commenting on how a possible global recession would affect Ghana, he said “while we may not experience a recession in Ghana, we are likely to experience lower growth output.”

“Already, oil makes up about six per cent of the country’s revenue.

The forecast in the 2020 budget for Brent Crude was around US$62.6 and its now selling below US$32 due to the outbreak of the virus which has reduced demand for oil products and compounded by an increase in supply from Saudi Arabia as a result of Russia’s refusal to reduce oil production.

Hence, there is potential impact on government’s oil revenue which may result in lower growth in the oil and gas sector and may also translate into a lower industrial growth,” he explained.

“The price of oil also fell below US$40 per barrel for the first time since 2016 and we are seeing the impact across various commodities,” he noted.

The entire US Treasury yield curve has fallen below one per cent for the first time in history and emerging market Eurobonds have lost significant value.

The Ghana 2061 Eurobond which was recently issued at 8.75 per cent coupon is quoted on the secondary market at a yield of 10.2 per cent.

The South African Rand has been the most impacted Sub-Saharan currency having witnessed a 13.8 per cent depreciation against the US Dollar since the beginning of the year from 14.00 to 15.93.

The volatility in rand is due to multiple factors including the fact that South Africa accounted for 22 per cent of imports between China and Sub-Saharan Africa, while Nigeria, Kenya and Ghana accounted for 18 per cent, seven per cent and 6.5 per cent respectively based on data from the World Integrated Trade Solution in 2018.

“We have companies in Ghana that have goods locked up in China that they cannot import.

They have paid for the goods but the delay in shipping will naturally have an impact on their cash flow.

“There are companies in Ghana that have equipment that need to be installed ,however, the specialist are Chinese who are under quarantine, hence they can’t set up their infrastructure”.

“There are manufacturing companies setting up factories and plants in Ghana with the people from Asia, Europe and Americas not able to travel into Ghana to manage the manufacturing process.” he explained.

He said a lot of businesses were being affected because they were not able to get new stock from China.

He noted that for a country such as Ghana, who imports a lot from China, companies would soon begin to run out of stock if they did not find alternative markets to import from immediately.

This, he said, could also lead to higher demand for the limited stock that would be available, potentially leading to higher prices anpossibly spilling into higher inflation.

He said other aspects of businesses have also been affected such as trade shows in the US and other countries which have been canceled.

“Areas of Agri products, clearly allow for the local industry to take advantage of the opportunity and increase production to meet demand,” he stated.

He said although the country may benefit in terms of stabilisation of the cedi due to lower imports, this was not sustainable in the long run.

“It is not really a benefit because the global volatilities we have seen in other countries have not started inhana and if it should start, we will see volatilities in the foreign exchange rate as well.

This is because some offshore investors may repatriate investments from the country as they have done in other Asian countries,” he explained.

Companies must begin to engage bankers
Mr Bannerman advised Ghanaian companies to start engaging their bankers on the impact the virus could have on their businesses.

“If there is a slowdown in economic activities, it will result in lower consuer spending. Lower consumer spending may mean that companies that have borrowed from banks may have to go and renegotiate longer financing terms, if not, we may end with an increase in non-performing loans,” he stated.

“Even after the outbreak is curbed, it may take companies a bit of time to recover their production cycle so clearly the economic impact is no longer a 2020 quarter one only as it will spill into quarter two,” he added.