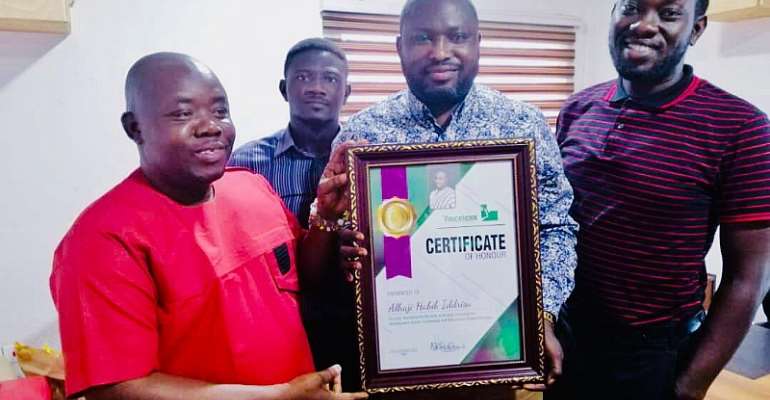 Alhaji Habib Iddrisu of the Ghana Free Zones Authority and a Patron of the National Youth Wing of the NPP who is also an aspiring Parliamentary Candidate of the NPP in the Tolon Constituency of the Northern Region has received recognition from the Voiceless Media and Consult for his humanitarian services in his community.

The Award was presented alongside a Ghc40,000 Personal Accident Insurance Cover from the Best Assurance Company.

Presenting the award at a brief but colourful ceremony in Accra, Chief Akilu Sayibu of the Voiceless Media explained that people doing well for humanity deserve encouragement hence the award.

Hon Habib Iddrisu per monitoring of the Voiceless Media has helped secure jobs for his people, secured admissions and scholarships for the youth to further their education and has also brought to his community interventions to help women and the youth to make life better for them.

A scheme to boost socialization of the youth-led to Hon Habib Iddrisu providing several plastic chairs, canopies, and tricycles to help the social activities of the youth in the Tolon District.

Alhaji Habib Iddrisu also serves as a source of motivation and inspiration to the youth as a result of several developmental initiatives that he has facilitated for the District.

Receiving the Award, Alhaji Habib Iddrisu praised the Voiceless Media for being the first media organisation in Ghana that has moved away from publishing bad news always to promoting and encouraging many in society to do more through the Voiceless Media Awards.

The aspiring Parliamentary Candidate explained that sharing the little he has with society was his passion and he will continue to do his best for his community and its people.

Present at the ceremony were some staff of the Gbewa Printing Press in Accra and some friends of the awardee. 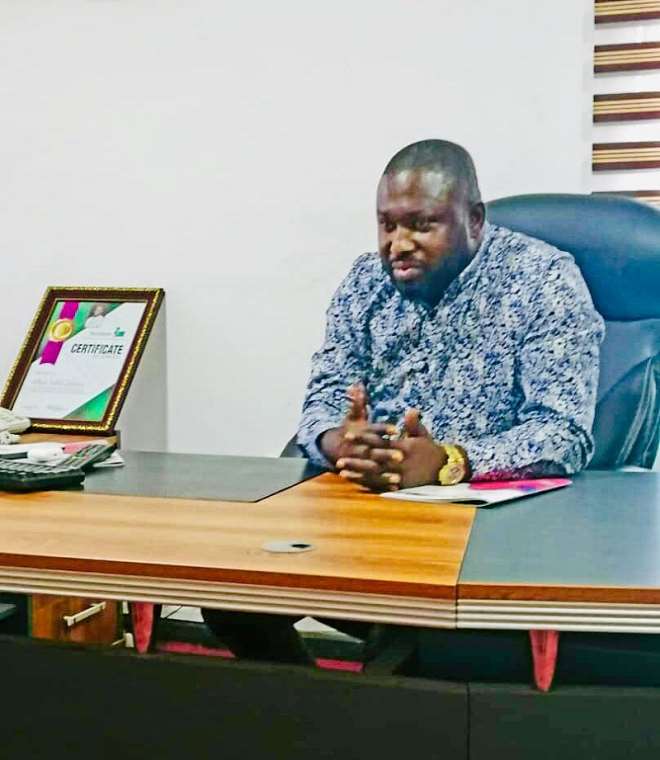 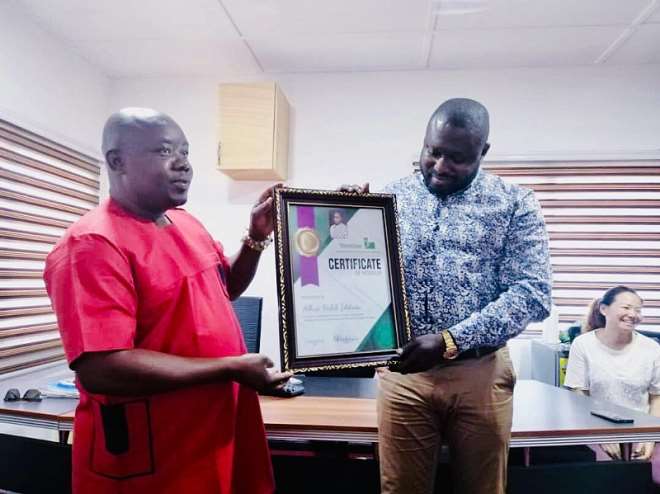 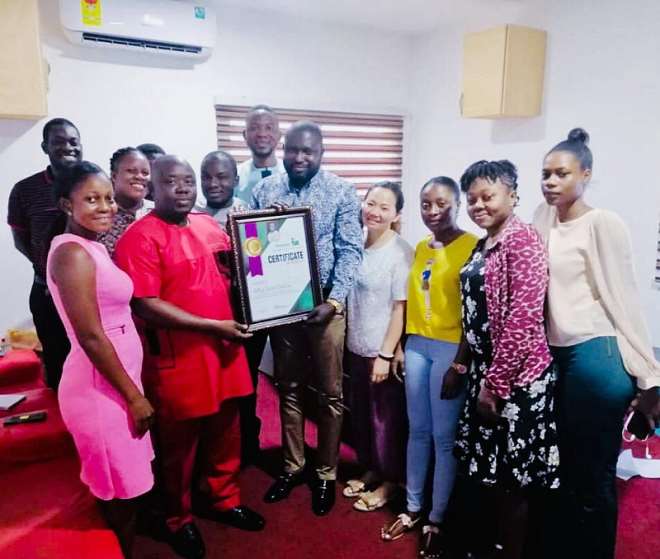