Businessman Brutalized For Being Gay 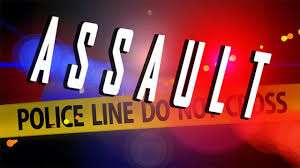 A man accused of being gay narrowly escaped death when a group of young men assaulted him with clubs, machetes, stones and sticks at Teshie, a suburb of Accra.

The suspected gay was attacked in his house on 11th February 2020 few minutes after two young men went into his house to enquire if he was available from a tenant in his house.

The young men numbering about 10 rushed into the compound of the house started shouting at the top of their voice that Mr. Ebenezer Okang was gay and had been having affairs with some young men in the community.

According to sources, a vigilante group has been monitoring his movement and has been questioning people, especially young men who are seen around Mr. Okang.

The already incensed youth attacked Mr. Ebenezer Okang and beat him to pulp. “He had cuts on his forehead, elbow, wrist and leg after he was attacked with sticks, bottles and machetes”, according to an eye witness, Kingsley Kwei who confirmed this in a report to the police CID Headquarters in Accra.

The eyewitness added that “Mr. Okang could have lost his life if not for the intervention of a pastor of a local church in the community who quickly organized some elderly men in the community to stop the fuming youth, he would been set ablaze with a used car tyre and a gallon of petrol the mob had bought.”

Efforts by the LGBT community worldwide to coerce the government of Ghana to change its laws on homosexuality has faced fierce condemnation by both religious and non-religious groups and organizations in the country. Certain high profile individuals of high public standing in the society have also publicly opposed the legalization of homosexual rights in Ghana. Speaker of Parliament, Professor Mike Ocquaye recently warned that Ghana would not countenance the aggressive push by western countries on government officials to accept homosexuality.

He vowed to resign rather than preside over “gay debate” in parliament. His stance received massive public support from large section of the citizens. Such personalities have received massive support from most youth groups and organizations who are highly tensed on preventing the institution of gay rights in the country’s legal system. The Christian council of Ghana has also vowed to wage a war against homosexuality.

The Council described homosexuality as a threat to Africa’s social set-up stressing that it would leave no stone unturned to make sure it stops any attempts at legalizing gay rights in Ghana.

Political leaders who may try to legalize gay rights in Ghana may be putting their chances of winning votes in the next elections on the line.

Mr. Okang was immediately rushed to the Teshie Teenage Community Clinic where he was given first aid treatment. Information gathered by this reporter indicated that Mr. Okang was attacked in a similar manner about two years ago. He was again attacked on New Year ’s Day this year when he as returning from a night out with his family.

When contacted to confirm his side of the incident, Mr. Okang confirmed that he was attacked by some young men in July 2018 by some irate young men during the 2018 Teshie Homowo festival. According to him, he was badly heckled, slapped whilst some people poured alcoholic drinks and other concoctions on him but he managed to run through the thick crowd to safety. He also intimated that just about two months ago, a different group of young men attacked him at a fuel filling station at Teshie when he was returning home with his family after a night out.

“I had to leave my wife and the children in the car to seek safety in the mart of the fuel filling station”, Mr. Okang told this reporter. He said the angry mob vandalized his car, broke car lights and smashed his windscreen. “I got to know later that my wife bolted with my kids in a taxi to my mother’s place”, he told this reporter.

When asked why he didn’t report the first two incidents to the police, Mr. Okang said he was afraid he would be arrested by the police if he went there to make a case since most gay people have faced biasness and in some cases mistreated because of their sexual orientation.

He said he was however forced by a friend who encouraged him to report the incident to the police after he started receiving death threats messages on his mobile phone from some members he suspects belong to the vigilante group.