By Dmitry Zaks with Laurent Thomet in Beijing 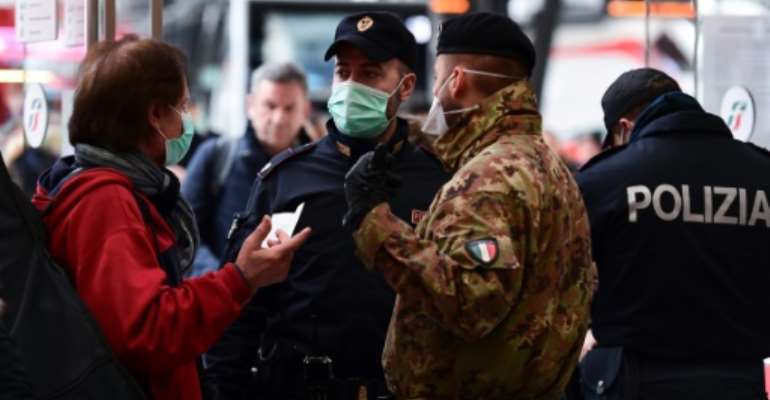 In a desperate bid to stem the spread, Italy's Prime Minister Giuseppe Conte went on television to announce the entire country would effectively be placed on lockdown from Tuesday. By Miguel MEDINA (AFP)

Italy imposed unprecedented national restrictions on its 60 million people Tuesday to control the deadly coronavirus, as China signalled major progress in its own battle against the global epidemic.

The outbreak, combined with a crash in oil prices, has caused carnage on financial markets, erasing billions of dollars globally.

The World Health Organization warned there is a "very real" threat of a pandemic, but its chief Tedros Adhanom Ghebreyesus said the planet was "not at the mercy" of an illness that has killed more than 4,000 people so far.

China showcased growing confidence that it has brought its own outbreak under control, with President Xi Jinping on Tuesday paying his first visit to the epicentre of the crisis -- Wuhan.

Xi's unannounced trip comes as unprecedented quarantine measures that have sealed off Wuhan and the rest of Hubei province since late January appear to have paid off, with reported new infections dropping dramatically in recent weeks.

Chinese authorities announced just 17 deaths on Tuesday and the lowest number of new infections -- 19 -- since reporting began in late January.

While Hubei's 56 million people remain under quarantine, China is slowly easing restrictions in other parts of the country, with people returning to work and some schools reopening.

China's apparent progress stands in stark contrast to the rapid rise around the world, particularly in Italy, where more than 9,000 cases and 463 deaths have been reported. 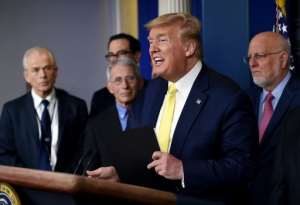 Trump said the coronavirus has "blindsided the world," but some epidemiologists accused the White House of a strategy concerned more with politics than domestic readiness . By Olivier DOULIERY (AFP)

In a desperate bid to stem the spread, Italy's Prime Minister Giuseppe Conte went on television to announce the entire country would effectively be placed on lockdown from Tuesday.

"I am going to sign a decree that can be summarised as follows: I stay at home," Conte said.

"Travel must be avoided across the entire peninsula unless it is justified by professional reasons, by cases of need or for health reasons," he told Italians.

The measures extend a quarantine zone that Italy had imposed on its industrial northern heartland around Milan and Venice on Sunday. 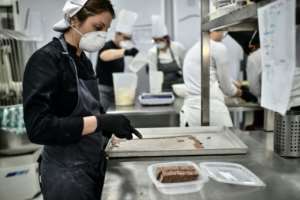 COVID-19 has been spreading rapidly, particularly in Italy, where more than 9,000 cases and 463 deaths have been reported. By Marco BERTORELLO (AFP)

The national restrictions will run until April 3 and mean that schools and universities will all immediately close.

Serie A football matches and all other sporting events are also being suspended for the coming month.

But it was not immediately clear how the measures would be enforced.

Trains and numerous flights continued to operate into and out of Milan on Monday despite the earlier set of restrictions for its Lombardy region. 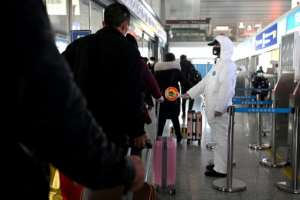 In China the outbreak appeared to be coming under control, with authorities announcing just 17 deaths Tuesday and the lowest number of new infections since reporting began in late January. By Noel Celis (AFP)

An AFP count showed the country had recorded more than half of the 862 deaths reported outside China as of Monday night.

Worldwide more than 110,000 cases have been recorded in over 100 countries, with Canada reporting its first death.

It has disrupted global travel, cancelled sporting events and sent markets into meltdown.

Mongolia sealed off its capital and other cities on Tuesday after reporting its first case.

In Washington, President Donald Trump said he would propose "very substantial" economic measures to Congress on Tuesday, adding that the coronavirus has "blindsided the world."

However, some epidemiologists have accused the White House of unpreparedness. 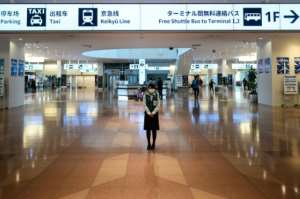 Chief among the complaints has been the lack of testing caused by the Centers for Disease Control and Prevention (CDC) developing its own flawed kits.

Uncertainty over the spread of the virus, coupled with a collapse in oil prices, created panic on the markets during what some dubbed "Black Monday," with the Dow Jones index losing more than 2,000 points.

There were signs of a slight recovery on Tuesday trade in Asia, with oil making back some of its losses and many stock markets in the green.

The run on stock market prices has robbed Trump of one of his main talking points ahead of the November presidential election. 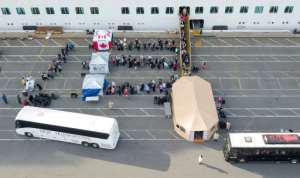 Passengers are disembarked from the Grand Princess cruise ship which was stranded for days after at least 21 people on board were diagnosed with the virus. By Josh Edelson (AFP)

And there was further alarm after at least two Republican lawmakers who recently met with the president announced they were going into self-quarantine, fearing that they were exposed to the virus at a conservative conference.

Incoming White House chief of staff Mark Meadows also self-quarantined after he may have come into contact with a person who tested positive for the coronavirus.

There are concerns that the United States could become another hotspot for the virus, with at least 26 deaths and 605 confirmed infections so far.

On Monday, passengers were taken ashore from a cruise ship docked in California after at least 21 people on board were diagnosed with the virus.