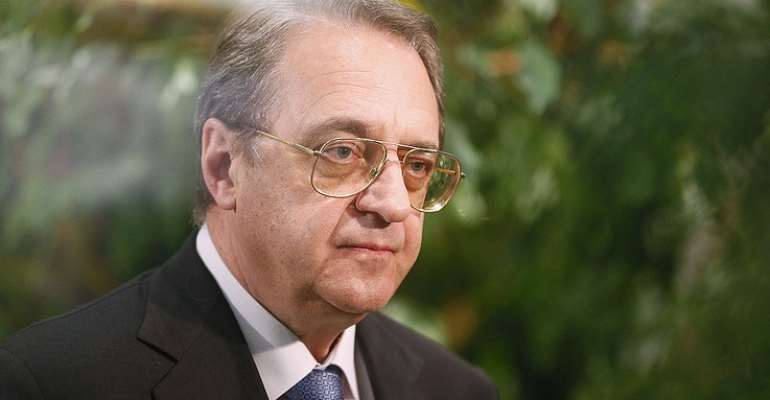 Since the Soviet collapse in 1991, the question of media representation both ways, in Russia and in Africa, has attracted unprecedented concern and discussions. Over the years, nearly 30 years after the Soviet era, Russia has not encouraged African media, especially those from the south of Sahara, to operate in the Russian Federation.

Interestingly, the Russian Foreign Ministry's Information and Press Department has accredited media from Latin America, the United States, Europe and Asian countries, and only two African media came from the Maghreb region (Morocco and Egypt) in North Africa.

An official information presented during the first Russia-Africa Summit held in October 2019 explicitly shows the degree of priority given to African media. Some 300 news bureaus from 60 countries are currently operating in Russia, including 800 foreign correspondents and 400 technical personnel, while there are African news bureaus from Egypt and Morocco, according to Artem Kozhin, who represented the Russian Foreign Ministry's Information and Press Department, at the panel discussion on media.

According to his interpretation, this extremely low representation of African media hardly meets the level of current dynamically developing relations between Russia and Africa. "We invite all interested parties to open news bureaus and expand media cooperation with Russia," Kozhin said at the gathering, inviting Africa media to Moscow.

In practical terms, the Russian officialdom has not encouraged and supported the idea of African media that could, in a way, present the positive developments and its related emerging economic opportunities in the Russian Federation to the general reading public, political elite and business community in Africa.

However, the highly successful spade-work was the first Russia-Africa Summit. That appreciably marks the turning point in Russia's new strategy of returning to Africa and promote various significant initiatives to facilitate development on the continent. But observing and analyzing carefully post-summit developments, media cooperation has still been relegated to the backyard.

Significantly, the Russian Ministry of Foreign Affairs has to layout some new mechanisms and adopt a more favourable approach that could readily attract African media to operate in the Russian Federation. Russia and Africa need to examine every sphere based on shared partnership interests and redefine a practical approach to realizing whatever plans on media cooperation. Media and NGOs, as instruments for improving adequately public knowledge, especially on the developments and emerging opportunities, have not been persuaded to match the desired future objectives and policy goals.

The stark reality is that Russia needs Africa media and Africa needs Russian media, in order for them to enlighten ties in the economic shperes, to promote a better understanding among African elites and the middle class through media reports.

Russian and African Ministries of Foreign Affairs have, so soon, forgotten about the questions raised at the panel discussion on media in Russia-Africa gathering in Sochi. What issues are currently encountered in the formation of the modern media landscape? What role does the media play in Russian-African relations? What are the prospects for collaboration in the information sphere? What needs to be done to develop a Russian media agenda in Africa? What is the role and place of Russia in the information space of Africa today? What role can African media play in promoting further Russia's image in Africa?

Last year, the Russian Ministry of Justice requested that all foreign media organizations must declare their sources of finance for their operations in the Russian Federation. The State Duma backs restrictions of foreign capital in media and information resources. In addition, both Federation Council and the State Duma enacted legislations that banned foreign NGOs from operating in Russia. These legislations and administrative directives have drawn criticisms from rights groups and many academic experts that such moves would restrict media freedoms. Consequently, it has created little interest among most African media operators to expand their representation to Moscow, there are absolutely no African NGOs operating in the Russian Federation.

Further, the plausible impact of the continous absence of African media in Russia means Africans will get their stuff from alternative sources. It also means creating the grounds for what Russians frequently referred to as "anti-Russian propaganda in Africa by western and European media" and, of course, Russians will consistently continue making complaints about widening information gap between Russia and Africa.

The Foreign Ministry published the text of Deputy Foreign Minister Mikhail Bogdanov's speech on official website where he highlighted the problems facing the development of Russia-African ties at a session on Urals-Africa economic forum in Yekaterinburg. "One must admit that the practical span of Russian companies' business operations in Africa falls far below our export capabilities, on one hand, and the huge natural resources of the continent, on the other," Bogdanov said.

According to him, one of the major obstacles has been insufficient knowledge of the economic potential, on the part of Russian entrepreneurs, needs and opportunities of the African region. "Poor knowledge of the African markets' structure and the characteristics of African customers by the Russian business community remains an undeniable fact. The Africans in their turn are insufficiently informed on the capabilities of potential Russian partners," Bogdanov stressed in his speech at the forum.

During the Russia-Africa Summit, Professor Alexey Vasiliev, the first appointed Special Representative of Russian President for Relations with Africa (2006-2011) and currently the Head of the Center for African and Arab Studies at the Peoples' Friendship University of Russia (2013-2020), told the audience there in Sochi: "Africa is largely unaware of Russia, since African media mainly consumes information the Western media sources and then replicates them. And all the fake news, the Rusophobia and anti-Russian propaganda, spread by the western media, are repeated in the African media."

"Measures are needed to enable us to better understand each other," suggested Professor Vasiliev, who regularly advises the Presidential Administration, the Government of the Russian Federation, both chambers of the Federal Assembly, and the Russian Foreign Ministry.

Professor Vladimir Shubin, the Deputy Director of the Institute for African Studies, explained in an interview with me that political relations between Russia and Africa as well as the economic cooperation would attract more and more academic discussions, and such scholarly contributions, in essence, would help deepen understanding of the problems that impede building solid relationship or partnership with Russia.

In order to maintain this relationship, both Russia and Africa have to pay high attention to and take significant steps in promoting their achievements and highlighting the most development needs in a comprehensive way for mutual benefits using appropriately the media, according to the professor.

"African leaders do their best in developing bilateral relations," he added. "Truly and passionately, they come to Russia more often than ten years ago, but a lot still has to be done; both Russian and African media, in this case, have a huge role to play."

Perhaps, one of the reasons why some African leaders have "written off" Russia has been the lack of information about Russia, or rather plenty of distorted information they have received from the Western media coverage of Russia, Professor Shubin concluded.

Similarly, Bunn Nagara, a Senior Fellow of the Institute of Strategic and International Studies, member of the Valdai Discussion Club, observed that "Russian businesses face a number of challenges. First, there is little information available internationally about the opportunities and possibilities for partnerships between Russian and foreign businesses."

"Russia is a large country spanning both Europe and Asia. So, it can do much to bring Asian and European business linkages together and build on them. Better public relations and improved information dissemination are very important. To do this, it needs to do more in spreading more and better information about its achievements, the progress so far, its future plans, and the opportunities available," Bunn Nagara said.

The Valdai Discussion Club was established in 2004, with a goal is to promote dialogue between Russian and international intellectual elite, and to make an independent, unbiased scientific analysis of political, economic and social events in Russia and the rest of the world.

The authors explicitly suggested the need to take steps in countering Western anti-Russia clichés that are spreading in Africa and shaping a narrative whereby only dictators and outcasts partner with the Russians. Therefore, efforts to improve Russia's image must target not only the continent's elite, but also a broader public opinion. It would be advisable to create and develop appropriate media tools to this effect.

Media and NGOs, working with the civil society, have to support official efforts in pushing for building a positive image and in strengthening diplomacy. Displaying an attentive and caring attitude towards the African diaspora in Russia, the key objective is to overcome racist stereotypes that persist in marginal segments of Russian society. Helping highly qualified educated migrants to integrate through employment. This will, in addition, showcase and shape public opinion about Africa in the Russian Federation.

According to the authors, building a more and consistent positive public opinion within Russia and Africa should be considered extremely important at this stage of relations between Russia and Africa. Should Russia assist other countries for political purposes only? Will the recipient countries be willing to lend Russia their political support, and can they be trusted? Should Russia build its partnerships exclusively based on the principle of economic expediency?

The authors wrote: "Russia will have to answer these questions as it moves towards implementing its African strategy. Its experience in working with public opinion and governments across Eurasia to shape public perceptions will come in handy in Africa."

The irreversible fact is that there is the need to have an informed African society, and this has to be done largely, systematically and necessarily through the media. Africa has the largest number of young people, who look at the world with open eyes and are ready for cooperation with partner countries. This is a good opportunity to inform the young generation, bring them together through knowledge from Russia, Eurasia, and Africa.

Gov't Suspends Ban On Importation Of Accident Cars
15 hours ago