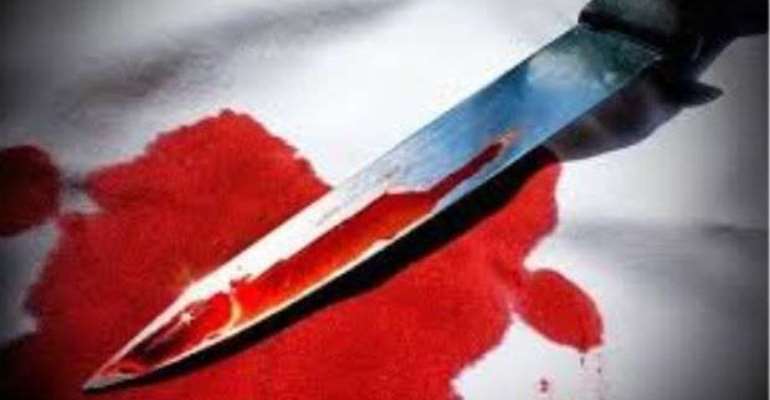 A 22-year-old man who allegedly stabbed his brother twice in the stomach during a quarrel at Teshie in Accra has been granted bail in the sum of GH¢50,000 with three sureties one to be justified with landed property.

It further directed the prosecution to file its witness’ statement and all documents they intend to rely on and serve copies on the accused.

Meanwhile the victim, Abraham Boye Martey is still on admission at the Korle Bu Teaching Hospital, while the accused has been charged with causing harm and causing unlawful damage.

The accused, Isaac Martey Korley has however denied the charges.

Prosecuting, Chief Inspector Kofi Atimbire said the victim Abraham Boye Martey is the junior brother of Korley and the two reside in the same house at Teshie.

The prosecution said the victim and another senior brother Nii Kwesi Adu who is the complainant and a witness, in this case, were having a protracted feud over their late father’s room.

He said on February 3, this year, Korley returned from work at about 2100 hours and took his supper.

The prosecution said after eating, the accused decided to wash his hands in his flowerpot placed in front of Abraham’s room, an argument ensued between the two which developed into a scuffle.

The prosecution said Korley was then holding a knife in his hand and surprisingly stabbed the victim two times in the stomach and his back making the victim’s intestines to gush out.

The prosecution said Adu, the senior brother came to separate the two brothers, and Abraham who was bleeding profusely was rushed to the Korle-Bu Teaching Hospital.

He said Korley, who was not satisfied with his conduct, destroyed Adu’s motorbike valued at GH¢1,900.00 parked in the house.

He said the incident was reported to the Police but Korley fled the house and went into hiding.

The prosecution said however that Korley later reported himself to the Nungua Police on February 8, this year where Adu identified him as the culprit.

The case has been adjourned to March 13.
---graphic.com.gh