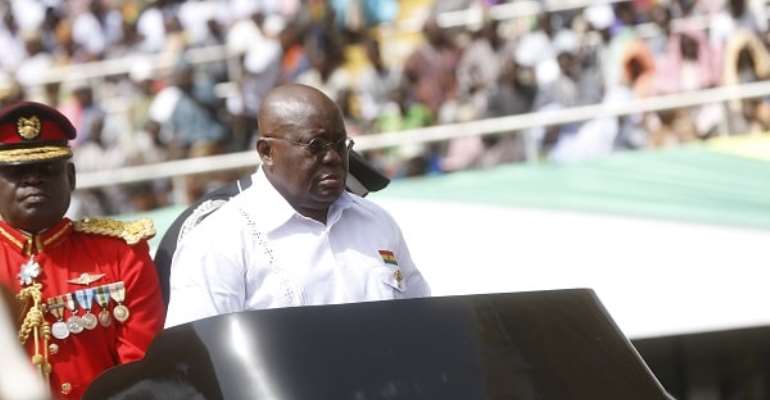 President Akufo-Addo has said despite the many challenges confronting the country, Ghanaians have every reason to rejoice and be thankful for “Ghana is a blessed nation.”

Nana Akufo-Addo said this in his 63rd Independence Day message to Ghanaians on, Friday, 6 March 2020.

“At 63 we know that we have squandered many opportunities that, properly utilised, would have brought us to the economic breakthrough to which we aspire. We lament and rightly so, the infrastructure deficits that plague all sectors of our lives and the considerable number of our people who still live in poverty. But if truth be told, we have solid reason to rejoice and be thankful to the Almighty, for this is a blessed nation,” he said.

Below is the full message: 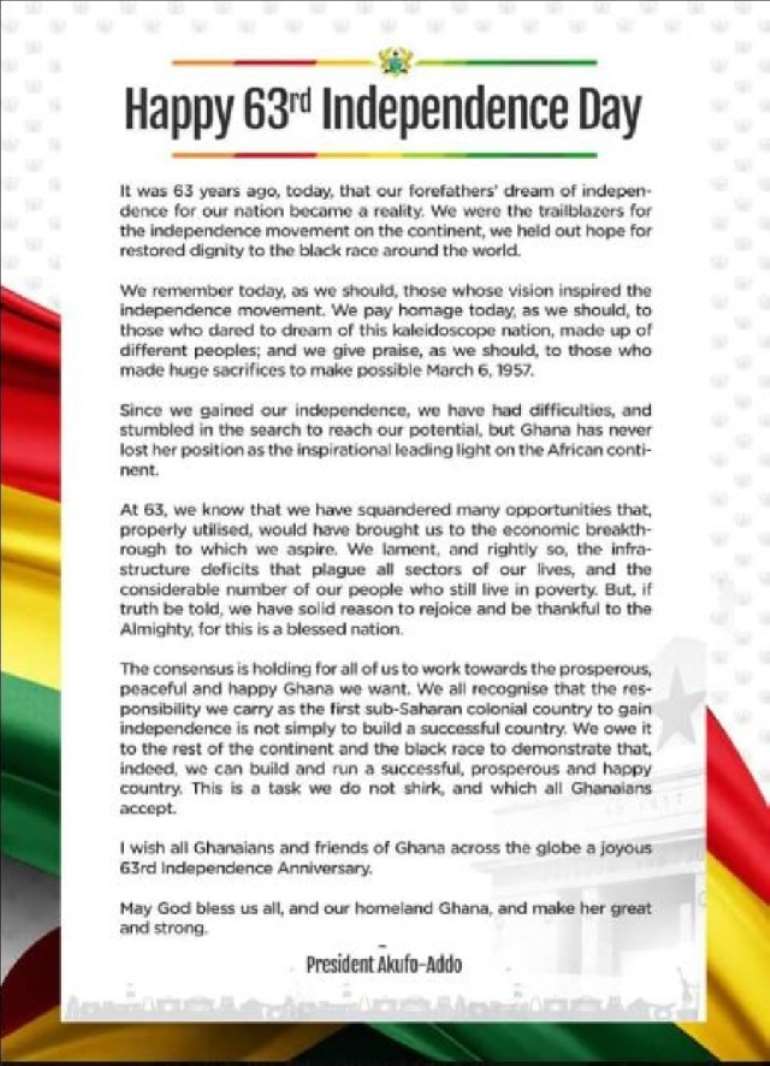 There will be an Independence Day parade of the security services and selected school children to be held for the first time this year at the Baba Yara sports stadium in Kumasi, the Ashanti regional capital.

The day marks the declaration of independence from the United Kingdom by Prime Minister Kwame Nkrumah on 6 March 1957.

Ghana became the first sub-Saharan African country to achieve independence from the UK.

The Prime Minister of Trinidad and Tobago, Mr Keith Rowley, will be the special guest for today’s anniversary.

The celebration is on the theme: "Consolidating Our Gains".