Tackling The Root Causes Of Gender Inequality Through Research 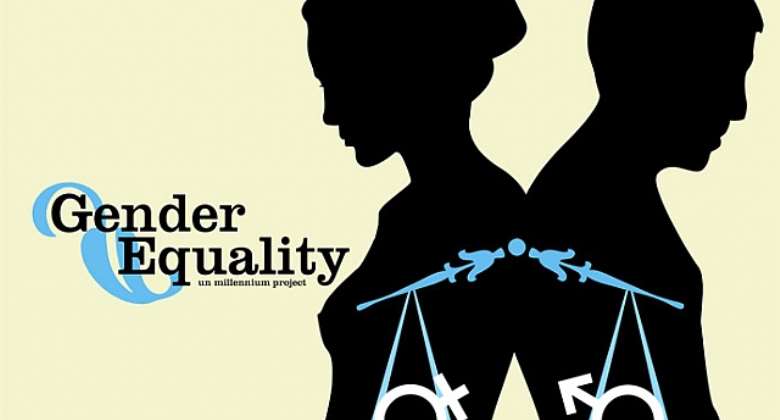 A man and a woman are heading to a flood plain in Zambia. They part ways upon arrival — he disappears on a boat to go fishing, and she makes her way to collect firewood to fry fish by the roadside. He will earn much higher wages, and his job is more secure. But she’ll never be able to join him in the lake. Her community believes that women cannot be “fishermen”.

This is one example of how culturally rooted gender norms and attitudes in many parts of the world can dictate which activities women are “allowed” to do, or what is considered “acceptable” for them to do. Norms and attitudes not only affect economic opportunities; they can also influence women’s mobility, security, safety, health, and many other aspects of their lives. For example, results published by the Women, Business and Law, an annual report produced by the World Bank on the legal status of women, show that in 17 economies, married women cannot travel outside the home in the same way as married men can.

Gender equality — and how people experience it within households, organizations, and communities — is the product of how different social systems and structures are designed, negotiated, and implemented. Influencing positive change at these levels depends on evidence that moves beyond simply identifying inequalities.

Worldwide, there is growing recognition that simply closing gender gaps in access to resources or information is not enough, and that significant, sustainable change requires institutional and systemic transformations. And while many organizations are implementing initiatives to address these barriers, the evidence on what works, under what conditions and with what impact is still sparse.

International Women’s Day is a perfect occasion for researchers, academics, activists and development actors working on gender equality to discuss what role research can play in accelerating progress on gender equality.

Research, using rigorous scientific approaches, can provide evidence on what works in addressing systemic causes of inequality. In the fisheries sector in Zambia, power relations affect women’s access to fishing resources and to economic opportunities in the sector. With few options for women in lucrative nodes of the production chain, they earn less income and lack control over income and decision-making power in the household. But research can lead the way towards positive change, as we saw through experimental research that tested the effectiveness of community gender dialogues to shift decision-making patterns and the underlying role of gender in resource ownership.

The results were very promising. For example, in communities where these gender dialogues were implemented, 30% more women increased their contributions to decision-making regarding fish processing and 49% more took part in deciding what to do with the associated income. A significant proportion of the men who participated in the dialogues changed their perception of who owns the fishing and processing assets. Men reporting sole ownership went from 50% to 19% in less than a year and a half.

Scale is one of the key challenges to address systemic causes of inequality, such as norms. How do you take local, community-level initiatives, and amplify them to have impact for millions of women and girls? Research can help support the integration of gender transformative approaches into mainstream development approaches so that they are implemented at scale.

In Kenya, a project funded by the International Development Research (IDRC) of Canada and led by the humanitarian agency CARE Canada is integrating gender dialogues on workload sharing, decision making, ownership of resources and harmful gender attitudes into the farmer field school curriculum developed by the Food and Agriculture Organization(FAO) in the 1980s and used in over 90 countries as an agriculture extension methodology. The farmer field school curriculum was developed as a technical curriculum covering topics such as crop and livestock production. Integration of gender dialogues has led to increased productivity and income to farmers as well as changes in women’s empowerment towards more decision making and control over resources. And men’s attitudes to doing household domestic tasks are also changing, with both men and women reporting more sharing of household domestic tasks such as cooking, in areas where gender dialogues are integrated into the curriculum.

Research can also support the development of metrics to measure change in gender equality and the empowerment of women. The Women’s Empowerment in Agriculture Index, developed by the International Food Policy Research Institute (IFPRI) and the Oxford Poverty and Human Development Initiative (OPHI) has enabled the measurement of women’s empowerment and is now used in over 50 countries. The index, which measures different aspects of empowerment including changes in gendered behaviors and practices, allows for comparative analysis across countries and contexts.

For example, Feed the Future, the U.S. Government’s global hunger and food security initiative, is using the index across 19 countries while the IDRC is using it across a cohort of 12 projects working on food security and women’s empowerment.

And while many argue that the process of changing norms and addressing systemic inequality is long and complex, what research has shown is that nudging perceptions, norms, and institutions toward greater gender equality is incremental and can be done with the right approaches and partnerships.

The result of nudging ourselves, and each other, towards a world that is built on gender equality produces real and sustainable change. We can envision a day when a man and a woman are heading to a flood plain in Zambia — and elsewhere — for a prosperous day of work where gender does not pre-determine their roles and whether the proceeds are equally accessible to them both. Such a vision will carry us beyond the hurdles still to be overcome.

Dr Jemimah Njuki has worked on Gender and Agriculture in Africa and Asia for the last 15 years. She is currently Senior Program Officer at the International Development Research Centre (IDRC) where she manages the Cultivate Africa's Future program, a joint program of IDRC and the Australian Centre for International Agriculture Research (ACIAR). Jemimah holds a Phd in Gender and Development from Sokoine University of Agriculture (Tanzania). She has published widely on gender and agriculture issues in international journals and has edited several books including her latest book on "Women, Livestock Ownership and Markets: Bridging the Gender Gap in Eastern and Southern Africa".