The DRC is on the road to being Ebola free: how it got here

By Yap Boum - The Conversation 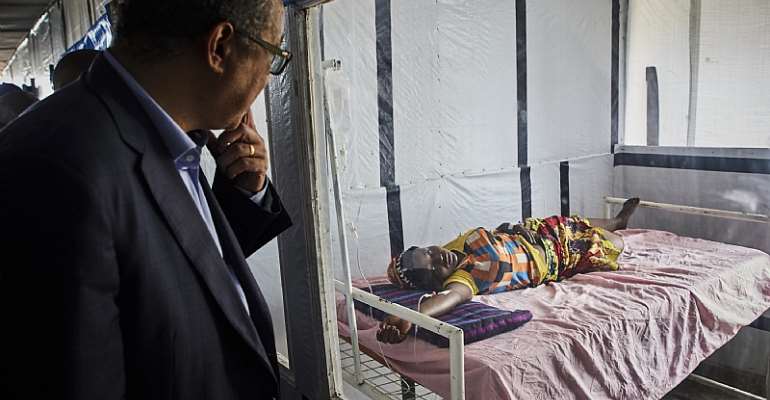 At the beginning of March the authorities in the Democratic Republic of Congo (DRC) announced that the last Ebola patient had been discharged from a treatment centre. The country has been in the grip of an Ebola outbreak since August 2018 . More than 3,300 cases were confirmed and 2,264 people died. The last case was reported on February 17th. Now the countdown towards declaring the end of the world's second largest Ebola outbreak begins. The World Health Organisation has put a time line of 42 days on this. The Conversation Africa's Ina Skosana spoke to Yap Boum about the latest developments.

The last patient being treated for Ebola in the DRC has been discharged. What does this mean for the outbreak?

The first thing is that it's evidence of all the work that's been done by those in the field as well as remotely. This has ranged from tracing patients to raising funds, engaging the communities and testing samples. And it shows that collaboration and coordination are the only ways to handle a complex problem such as the Ebola outbreak.

For the DRC it means that we can now count down the 42 days (two incubation phases of the virus) to declare the country Ebola-free. During that time community engagement and contact tracing will continue to ensure no case is left behind. Treatment centres will remain open but will slowly decrease their staffing based on the evolution of the outbreak.

Teams will be on standby to administer vaccinations if need be. This is because the rVSV vaccine is only administered to people who are in contact with someone who has been diagnosed. There's still an ongoing study involving the JnJ vaccine . This will carry on until the participants have completed the protocol, including the second dose of vaccine.

This outbreak has been raging on for 19 months. What was the turning point?

In my opinion, the turning point was the change in leadership to manage the outbreak response. After the elections in 2018 there was a change of government with President Félix Tshisekedi at the helm. In July 2019 the president appointed Professor Jean-Jacques Muyembe as the chairman of the response, leading to the resignation of the Minister of Health, Dr Oly Ilunga Kalenga.

To be honest, we don't yet know what the secret ingredient was. But by the time we declare the country Ebola-free we hope Professor Muyembe will tell us more about it. We imagine that his long experience with the disease and its management has paid a significant role in coordinating all those who were involved in the response. Not an easy task at all, I can tell you.

Read more: Tshisekedi has taken over the DRC's Ebola response. How he can make a difference

But there were other contributory factors we can list. There was the impressive involvement of the WHO through its teams in the field as well as its Director-General, Dr Tedros Adhanom Ghebreyesus, and Dr Michel Yao, who was in charge in the DRC.

On top of this, partners such as Doctors Without Borders, Alima and others managed to play the roles allocated to them by the coordination team.

A major development was the WHO's decision in July 2019 to declare the outbreak a Public Health Emergency of International Concern. I must stress this wasn't the silver bullet . The outbreak of a deadly disease within a conflict zone – and then in a major city – can't be solved with a technical solution, such as more funding. But the decision gave the DRC's Ministry of Health more flexibility to ensure response teams reached even the most remote areas. The decision had a critical effect on the response. It provided a second breath to address the new phase of the outbreak, paving the way to the point we've arrived at now.

It is also important to mention that the outbreak was unlikely to last forever. The people and communities were more and more aware of the precautions needed to prevent and manage Ebola. People accepted that certain steps were critical in stopping the outbreak: these included screening people's temperatures, washing hands and safe burial practices.

But we still have to wait for the 42 days and remain vigilant before we can celebrate.

What are the key breakthroughs to come out of this?

The key lesson from breakthrough to come out of the ending Ebola outbreak is that we don't solve a complex problem using technical solutions. Implementing an Ebola response requires political and community engagement - globally, at the highest level of the country, and locally.

The ability to listen to all partners, to negotiate based on interest, the capacity to advocate and finally decision-making power all contributed to stopping the outbreak in DRC.

Everything starts and ends with leadership.

Beyond stopping the outbreak it is important to note that Ebola is now a preventable and curable disease. We now have a vaccine (rVSV) that's proven efficient in a large outbreak. Another is being assessed that involves the drugs Mab 114 and Regeneron.

The development of drugs and vaccines is further evidence of the critical impact that research can have on improving health while saving lives.

Yap Boum is the regional representative for Epicenter Africa, the research arm of Médecins sans Frontières. He is involved in the Ebola outbreak and the use of the Ebola vaccine for MSF/Epicenter.

By Yap Boum, Professor in the faculty of Medicine, Mbarara University of Science and Technology