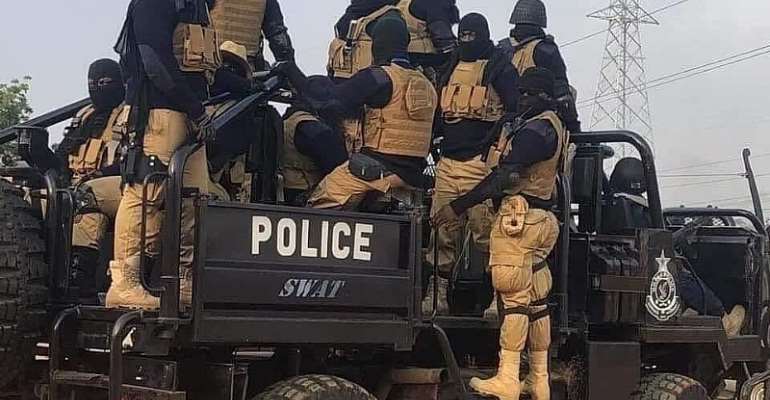 The Executive Secretary of National Peace Council (NPC) Mr. George Amoh has attributed the cause of vigilantism to unemployment, mistrust of the Police and mistrust of political parties

According to him, if the youth who are invariably recruited by political parties are gainfully employed coupled with trust for the Police and trust amongst political parties, vigilantism will be a thing of the past.

Mr. Amoh was speaking in Accra on Friday during the Launching of the “ 2020 Elections Project” by the Forum For Actions on Inclusion, Transparency and Harmony(FAITH) in Ghana Alliance under the theme: “Educating, Training and Healing Individuals, Community and Society (ETHICS ) Against Vigilantism in Ghana Elections”

“Vigilantism has caused a lot of pain in the country. Some Ghanaians have been maimed and others have died as a result of vigilantism” Mr. Amoh emphasized.

The NPC boss later commended the NPP and NDC for their contributions during the Peace Dialogue session but was quick to add that they should ensure that their political will to disband vigilantism becomes a reality.

According to him, the fight against vigilantism is a shared responsibility hence it should not be left to the NPC and the religious groups alone.

Mr. Amoh has therefore called on all groups including musicians, Journalists, Drivers, People living with disability among others to launch such peace projects ahead of the 2020 elections.

“Togo has just held its elections, Cote d'Ivoire will follow soon then Burkina Faso. If Ghana should slip, it will be doom for all of us. So let us all rise up to deal with this menace now” he said.

On his part, the Executive Director of Caritas Ghana and Co-ordinator of Faith Alliance, Mr. Zan Akologo said this project is yet another demonstration of the commitment of Faith based organizations in Ghana to promote their fraternal solidarity and cooperation for the well-being of the citizenry.

According to him, “ETHICS Against Vigilantism” is an initiative of Faith groups working together to sanitize Ghana’s political environment to ensure that no one is left behind in the 2020 elections.

Mr. Akologo further stressed that, that is the only way to make the Vigilantism and Related Offences Act 2019 work for the good of the country.

According to him they will work with the Electoral Commission to enhance the credibility and inclusiveness of the electoral process adding that they will also partner with the National Commission for Civic Education (NCCE) to broaden outreach and voter education.

“We will collaborate with the National Youth Authority to mobilize vulnerable unemployed youth to offer them decent job opportunities in a cash for work initiative in the Northern region. Above all, we will maintain our neutrality and independence so that we can monitor and assess the electoral processes to proffer opinions and recommendations that are mutually respected by all” Mr. Akologo said.

The Faith Alliance Co-ordinator later stressed that participation of young people and women in Ghana’s electoral processes is very critical in broadening our democracy but was quick to add that the way the young people are used by some political parties and individual politicians is quite disgraceful and demeaning.

Mr. Akologo therefore gave an assurance that the FAITH Alliance will intervene on the side of the youth by educating, training and healing them against these undignified practices and abuses.

The Ceremony was spiced up by a peaceful song composed by the Peaceful Heart Foundation(PHF) where its Founder Mr. Anthony Kwame Mawugbe told senaradioonline.com in an interview that the song forms part of the core objective of the Foundation to campaign for peace to prevail in the country.

Sheikh Armiyawo Shaibu of the Office of the National Chief Imam, and Mrs Lucile Annan of the Greater Accra NCCE, all graced the occasion with a pledge to campaign against violence in our body politics.