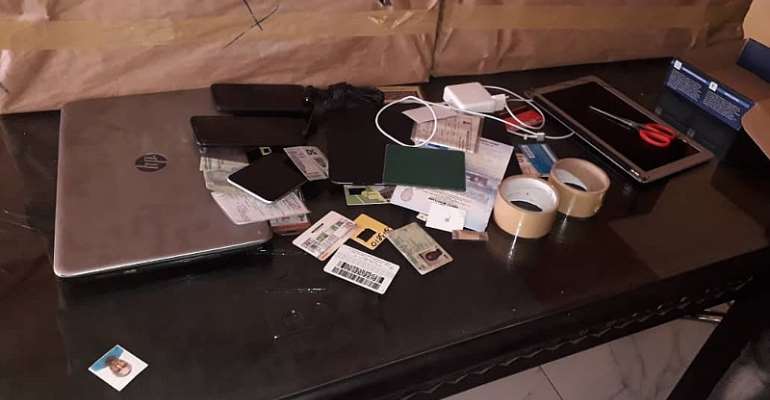 Some 29 suspected criminals have been arrested by the Baatsona Divisional Police Command during a swoop.

The operation teams made up of 20 personnel and led by Chief Superintendent Julius Kpebbeson raided the Kotobabi Market, Texpo Market and Klagon, all suburbs in Accra.

The latest arrest forms part of a larger initiative by the Accra Regional Command to clamp down on criminals.

The suspects according to a statement from the police included “seven females made up of Ghanaians and Nigerians.”

The statement added that the suspects “were arrested with seven partly smoked pieces and one wrap of dried leaves suspected to be Cannabis Sativa.”

According to the statement, some of the items retrieved from the suspects, apart from the substance suspected to be cannabis include 10 laptop computers, 10 assorted mobile phones and three internet routers.

The statement further said that “the suspects with ages ranging from 20 to 35 have since been detained and the exhibits retained for investigations”. 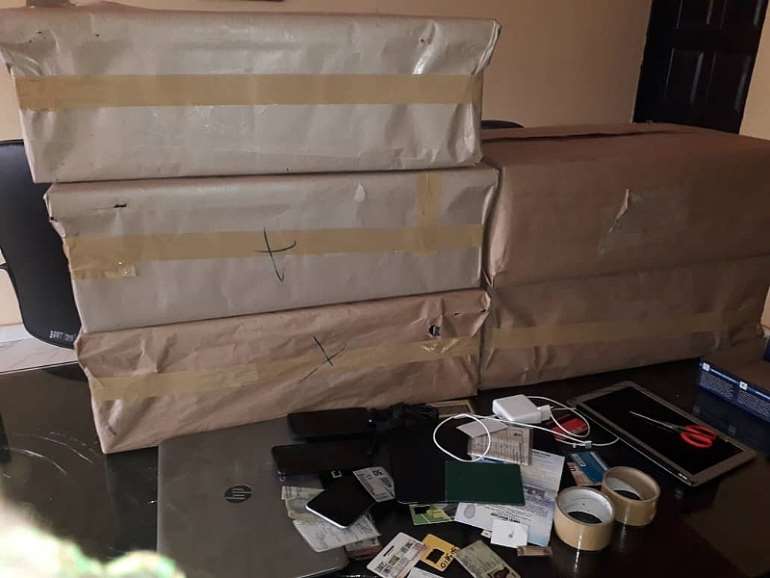 The teams raided suspected hideouts of criminals at Kotobabi Market, Texpo Market and Klagon near Ashaiman Adjei Kojo. During the exercise, twenty-nine (29) suspects including seven females made up of Ghanaians and Nigerians were arrested with seven (7) partly smoked pieces and one (1) wrap of dried leaves suspected to be Cannabis Sativa. The teams also retrieved ten (10) Laptop Computers, ten(10) assorted Mobile Phones and three (3) internet routers all suspected to be stolen goods.

The teams upon a tip-off arrested two Nigerian nationals namely; David Okwa 35yrs and Fegiro Evwrohonio 26yrs in their room on the first floor of a two-storey apartment. Police retrieved from them five (5) metal trunks wrapped with brown paper, two rolls of sellotapes and assortment of identification cards believed to be items used in fraudulent activities. The suspects with ages ranging from twenty (20) to thirty-five (35) have since been detained and the exhibits retained for investigations.