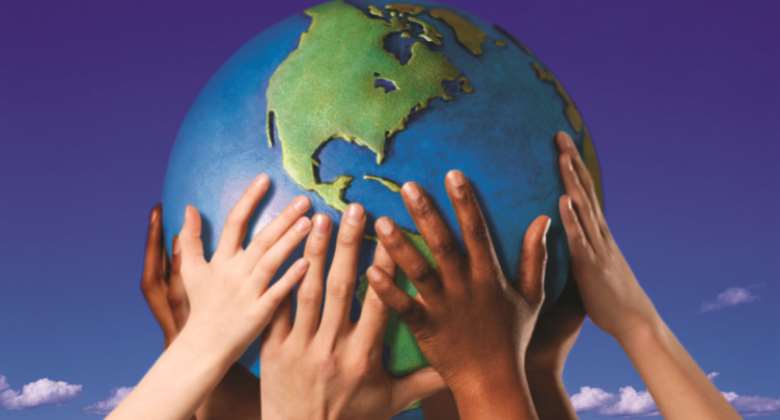 We are living in times where people throughout the world are divided. And yet, regardless of political persuasion, there are certain points of agreement: corruption in many governments has reached unprecedented levels; ethics and integrity have given way to deal-making and intimidation. While this is not how most of us choose to live our lives, we cannot find a way to come together to effect positive change. So what can we do in these challenging times to restore a level of sanity not only to our political structures but also to our day to day living?

The answer to our current dilemma lies within rather than outside of ourselves. There is a powerful tool for change available to anyone who seeks positive solutions to supposedly insurmountable problems; a tool that anyone can access. This tool is a ground-breaking and effective means for ending conflict and violence: Invincible Defense Technology (IDT), a brain-based technology that utilizes non-religious advanced techniques of Transcendental Meditation (TM). Proven scientific research has demonstrated over and over that these advanced techniques, when practiced twice a day in large groups, have the effect of raising the consciousness of all those within its field. By raising the consciousness of our leaders, as well as that of our general population, positive solutions will naturally occur and our society would shift to one of unity instead of division.

You may ask "how can this be? It seems too simple to be true?" And yes, sometimes the simple approaches are the most effective. Consider: IDT was previously utilized in Washington D.C. over a two-month period in the summer of 1993, where 4000 meditators gathered for an experiment to lower crime. The result, as documented by an independent board of criminologists, was a 24 percent reduction in criminal violence. This profound reduction in social stress also influenced the public approval of the US president, which suddenly changed from a negative trend to a positive trend, as predicted (Reference: Social Indicators Research, 1999, 47: 153-201).

A study published in May 2019 in Studies in Asian Social Science, 6(2), 1-45, found that IDT implementation by students trained in the advanced TM techniques resulted in a 96% decline in sociopolitical violence in war-torn Cambodia as compared to violence in the preceding three years.

The Global Union of Scientists for Peace (GUSP) advocates IDT as a cost-effective, simple means to rapidly reduce the societal stresses held to be the underlying cause of terrorism and war.

Military and civilian groups in South America, Africa, and parts of Asia are currently field-testing this approach by creating Prevention Wings of the Military, using IDT to reduce crime, quell violence, create prosperity, prevent the rise of enemies, and create the conditions for lasting peace.

Extensive peer-reviewed scientific research has repeatedly confirmed that when large groups of experts practice these advanced techniques together, a powerful field effect is generated which affects the surrounding population. This results in measurable decreases in war deaths, terrorism, and crime whenever IDT is utilized.

What might be a practical way to implement IDT? Volunteers (and their families) could be trained in advanced Transcendental Meditation techniques in exchange for taking part in large group meditations twice a day for a set period of time.

The big question remaining is funding: who would pay to make this happen? While militaries worldwide have already begun to implement IDT in their own nations, many other countries have yet to embark on this course of action on a large scale. Since time is of the essence, a call to the private sector may be in order.

In the United States, the current political climate right now has billionaires running for president in order to effect change in the nation; perhaps there are other billionaires worldwide who would be equally committed to effect change by funding IDT projects designed to unify their home countries with positive solutions.

To learn more about how to utilize IDT/TM to resolve political and societal tensions:

https://www.gapwm.org.
For those who remain skeptical, we recommend the following book: An Antidote to Violence: Evaluating the Evidence, by Barry Spivack and Patricia Anne Saunders which details in-depth the scientific research supporting this approach.

We have no time to lose: as the coronavirus impacts our international markets and as stock markets plunge, we need to come up with immediate, effective solutions to our societal issues before it is too late.

About the Authors:
Arlene J. Schar has served as Dr. Leffler's Executive Assistant at the Center for Advanced Military Science (CAMS) StrongMilitary.org since 2015. She has edited and co-authored many of Dr. Leffler's articles.

Dr. David Leffler served as an Associate of the Proteus Management Group at the Center for Strategic Leadership, US Army War College. Currently, he serves as the Executive Director at CAMS.