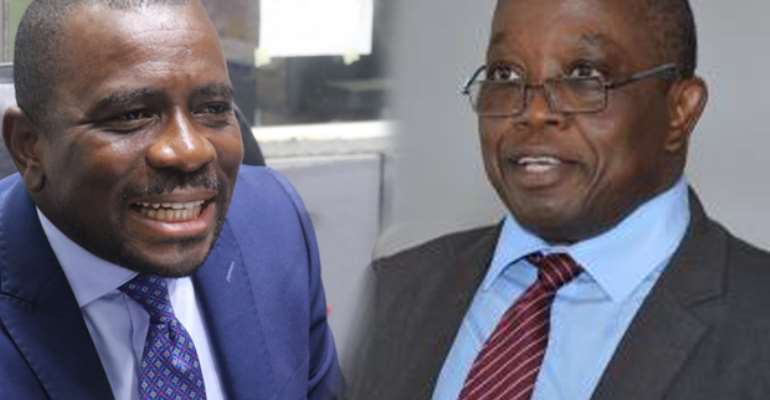 A Member of Parliament (MP) has threatened to sue Auditor-General Daniel Y. Domelevo for including his name among beneficiaries of high-ranking public officials, including politicians, lecturers and journalists, who were given scholarships to study abroad by the Ghana Education Trust Fund (GETFund).

The New Patriotic Party (NPP) MP for Akim Swedru, Kennedy Osei Nyarko, who is also a Deputy Minister of Agriculture, said he was never a beneficiary as being portrayed by the Auditor-General's audit, for which reason he has directed his lawyers to write to Mr. Domelevo to clear his name within 24 hours or face him in court.

In a strongly-worded letter titled: “Request for immediate retraction and to render unqualified public apology to Hon. Kennedy Osei Nyarko,” the MP's lawyers, [email protected] Law, said Mr. Domelevo's action regarding the MP is “grossly unprofessional, bias, unethical, incompetent and was merely intended to cause public disaffection ” for the MP.

The letter signed by his lawyer, Gary Nimako Marfo, said that a simple cross-checking of facts would have given the Auditor-General an indication that the MP was not a beneficiary of the GETFund scholarship award as they have portrayed in the media.

“We act as Solicitors for Hon. Kennedy Osei Nyarko and write pursuant to his instructions.We are informed that on 24th February 2020 you caused to be published a supposed list of top political figures who you claim have benefited from scholarship at the Ghana Education Trust Fund (GETFund).

“In the said publication, you listed our client's name at paragraph 81 as having benefited from a scholarship for further studies at SOAS University of London, UK,” it said.

“Interestingly, you failed to indicate any amount of money for which our client has benefited from GETFund to pursue the said studies,” it added.

The letter said further that “we are instructed to bring the following to your attention: that your office did a very porous job unbefitting of the high office of an Auditor-General; that you did no checks when you listed our client's name as a beneficiary of the GETFund scholarship.”

It also told the Auditor-General that “if you had done your work diligently, professionally and without any malicious intention, you would have known that our client has not received any money from GETFund or benefitted from any scholarship to pursue further studies in the school you indicated; that as a matter of fact, your own bias finding as published did not indicate any amount of money for which our client is alleged to have benefitted from.”

The MP's lawyers then said “from the foregoing, it stands to reason that your work was grossly unprofessional, bias, unethical, incompetent and was merely intended to cause public disaffection to our client since the inclusion of his name on the list was made without any basis.”

“We are, therefore, instructed to notify you to retract the said publication about our client within twenty-four (24) hours and to render a public unqualified apology for the public ridicule and disaffection caused him as a consequence of your unprofessional conduct. Please, be notified that if our client's instructions are not carried out within the period indicated supra, we shall seek other legal avenues to vindicate his rights in court,” they added.

Already, the Chairman of the Education Committee of Parliament and MP for Akim Oda, William Agyapong Quaitoo, has accused the Auditor-General of playing political mischief with the GETFund issue.

He insisted that those public officials who were awarded scholarships deserved financial assistance and did not see anything wrong if the GETFund Secretariat decided to step in and help them.

“They qualified to apply and whoever gave it to them thought they deserved it and I don't think they paid any bribe. The Auditor-General is wrong in this case; I don't think he should have this out because there is nothing wrong with it.

“I think the Auditor-General is playing political mischief with this,” he explained on Accra-based Starr FM on Monday.

New Voter Roll: Omission Of Names Was Deliberate, Not A Mist...
8 hours ago