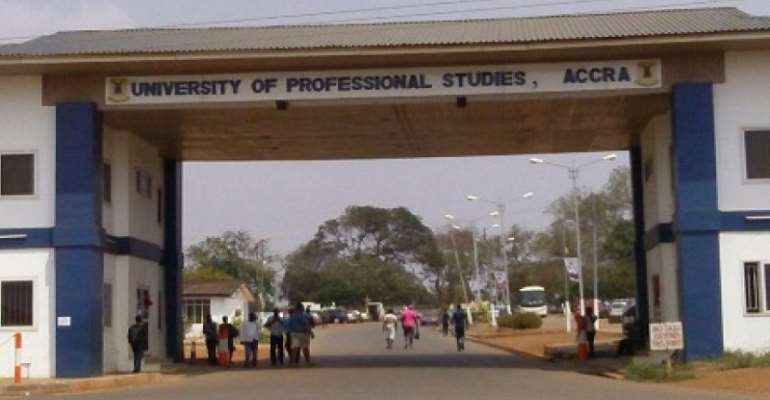 The SRC President of the University of Professional Studies (UPSA) Mwin Zumah has been suspended for allegedly embezzling funds.

In an independent audit report, Mwin Zumah is said to have spent GHS25,000 on project work training seminar for final year students in the first semester 2019/2020 academic year.

“An amount of GHS25,000 handled by the President which was used in organizing a project work training or seminar for the final year students has been signed, approved and spent. However, there were no source of documents for this transaction. The auditors cannot verify what this amount was spent on and whether or not the full amount was spent.”

The project work which was supposed to last for three days lasted two days but was budgeted for three days with the SRC president saying GHS6000 was spent each day with not even more than 60 students attending this event in all three days.

The SRC President was suspended on Monday 24th February 2020 by the General Assembly for failing to appear before the Assembly to account for these monies.

The speaker of the UPSA's General Assembly, Mr. Gavie Prince in a Citi News interview confirmed that some monies cannot be accounted for and some procurement was done without recourse to the tendering body or committee.

“But as per the invoices we received, a day cost GHc6000 but per the audit conducted, that’s not the case and also an amount of 2000 was given additionally for stationery for the student attendees but all those who went for the seminars said, they weren't given anything,” he said.

The SRC President also spent over GH¢28,677 on the purchase of stationery materials and office equipment for the SRC in 2019.

In total, an amount of GHc55, 677 was spent without approval by the General Assembly.

He was summoned to appear before the General Assembly at an emergency meeting held on February 24, 2020, but he absented himself.

In his absence, a motion was moved to suspend Mwin Zumah over his evasive attitude and disrespect towards the General Assembly, it was seconded by Nathaniel Addo Jill Junior, the SRC Vice-president, leading to the decision to suspend him.

The President of the Students Representative Council of the University of Ghana, Isaac Agyemang also risks impeachment over his failure to account for GH¢ 66,138 of students' dues that have been withdrawn without approval.

According to the budget statement of the SRC, the house approved a lump sum of GH¢ 365,452 from the SRC dues as expenses for the first semester of the 2019/2020 academic year.

However, the 'Income Statement' presented to the house showed that an amount of GH¢ 431,590 was withdrawn from the dues indicating an excess of GH¢ 66,138 spent.