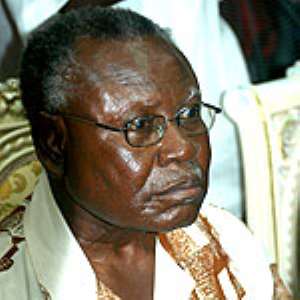 The national reform implementation committee which has 24 members has Mr Yaw Osafo-Maafo as the chairman, Mr Ato Essuman, Chief Director of Ghana Education Service (GES) and Prof D. A. Akyeampong of the University of Ghana are co-vice chairmen.

The Inter-Ministerial oversight committee would ensure that policy guidance, management, comprehensive and regular monitoring of the key process of the reform implementation were adhered to.

NERIC would work with the various technical sub-committees that have been formed to implement the reform programme, serve as the laboratory of ideas, promoter of standards and clearing houses of best practices and innovative policies and approach to education.

Mr Mensah said the high premium the government put on education prompted President John Agyekum Kufuor to take up the initiative to set up an Education Review Committee to diagnose the existing system in order to come out with recommendations that would remove the doubts and shortcomings associated with the current system.

He said the inauguration of those committees signified that the stage had been set for the education reform to take off in 2007/2008 academic year. He said there was a gap between the type of education training from the educational institutions and the needs of the industries and commercial enterprises, adding that there was the need to shift from pure grammar school system to vocational, technical, agriculture and apprenticeship training system.

He said the new system would well balance graduates with the requisite knowledge, skills values and aptitudes for them to become functional and productive individuals.

Mr Mensah said the Ministry was moving the work from the headquarters to the Districts and grassroots where a lot of work needed to be accomplished. He said the decentralised policy of the Government must be seen working in the educational sectors, thus the district assemblies, district directorate of education, parents, Non-Governmental Organisation (NGOs), traditional and religious leaders were to get involved in the implementation process.

The Senior Minister said it was the duty of the NERIC to sensitise the public on the reform and its implementation, adding that the Committee should not loose sight of the problems and challenges that might arise as the programme unfolded.

Prof Fobih, who chaired the function, said the programme was a gigantic step taken by the Government and urged parents to have confidence in the reform. He said the erosion of confidence and lack of focus were the greatest threats to any change so the Committees must remain focused and to try to communicate to the public to enable them to understand and appreciate what was going on.