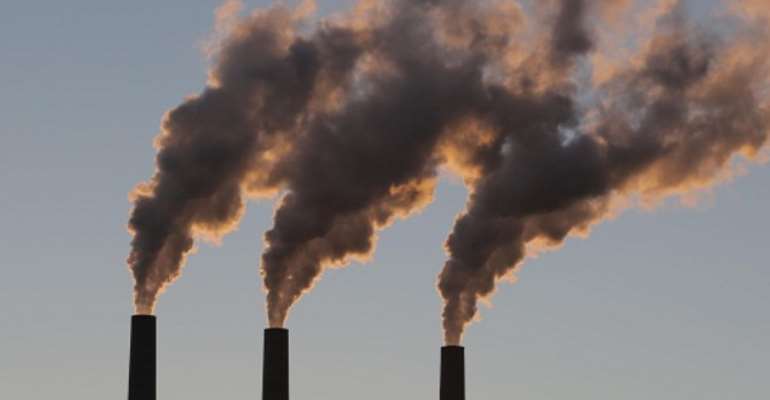 As the world migrates to clean energy production so as to reduce environmental degradation, environment experts in Kenya are opposing the construction of a coal plant in Kenya’s coastal region of Lamu County, which is a UNESCO World Heritage site.

The experts say the government project comes at a time where world is changing its ways of tapping clean energy and the coal plant will have negative impacts on both environment and human beings.

Lamu county lies in the northern side of the coastal Kenya and this is the area government is planning to construct the 1,050-megawatt project that will boost power supply to the nearly completed Lamu port project.

Hamisa Zaja a United Green movement organization secretary-general says the project is likely to cause harm to both aquatic creatures and human beings.

She said the plant will emit gases that are going to be poisonous to agriculture produce which is highly dependable by area residents.

“Coal is found around the beaches and initially Lamu residents depend a lot on fishing, so the coal production and aquatic lives are two different things, we will lose a lot of fish and affect the economy,” said hamisa Zaja.

According to Abdhala Fadhili an investor and economist in Lamu county, government should look for an alternative way of producing its power rather than the coal plant project.

Abdhala added that area economy will also be affected once the project become operational in 2027, as agriculture produce will no longer have a better market, as well as tourist, will shift to other places with clean environment.

“We don’t need coal project in lamu, this is a corrupt project, because world is changing and this project will not be relevant, it has bad effects to environment and our Lamu economy will be affected including tourism and agriculture, we will have poor health and all these will affect lamu”, said Abdhalla Fadhili.

United green movement organization secretary-general Hamisa Zaja whom we heard her story first, insist on the government to create awareness to the Lamu area residents on the impact of the coal plant project, so as to reduce the environmental risks.

Hamisa adds that the National environment management authority-Nema had failed to inform the public about the likely health effects of the effluence emitted from the plant which, she said, could trigger breathing difficulties, premature deaths and acid rain that could poison the soil and kill fish.

“At first you will see crops degrading and those working around the area will in-heal the fumes, some will get skin diseases, we will have more effects to profits, and we have seen many countries no longer using coal as they use other alternatives.” Added Hamisa zaja.

The coal plant will be developed by a consortium called Amu Power that includes Centum Investment and Gulf Energy.

The project sponsor is the Amu power company, which has a power purchase agreement with electricity distributor Kenya power.

In 2019 Kenyan judges halted plans to construct the country's first-ever coal-powered plant near the coastal town of Lamu, after National Environmental Tribunal ruled that authorities had failed to do a thorough environmental assessment.

Government spokesperson Cyrus oguna said the coal plant will be using the best technology that will not have any environmental risks and it is the first of its kind to be used in Kenya.

“The technology we are using is the best in the world; it is a technology that has never been used in Africa before therefore Kenya will be the first one to use this technology, and can it mention it is called ultra supercritical, and it is known to be environmentally friendly.” Said Oguna.

Critics and area residents have been staging demonstrations to oppose construction of the coal plant project.

They say the plant would have dire economic and health effects to the locals.

“We really oppose construction of coal power plant because it is poisonous, it is dangerous to environment and to human health, and this is an outdated project.”

If the project goes ahead, Kenya will have to import the coal, which goes against its ambition to use clean energy.

At least two-thirds of Kenya's electricity is currently generated by renewable resources and it has pledged to reduce its small carbon footprint by nearly a third over the next decade.