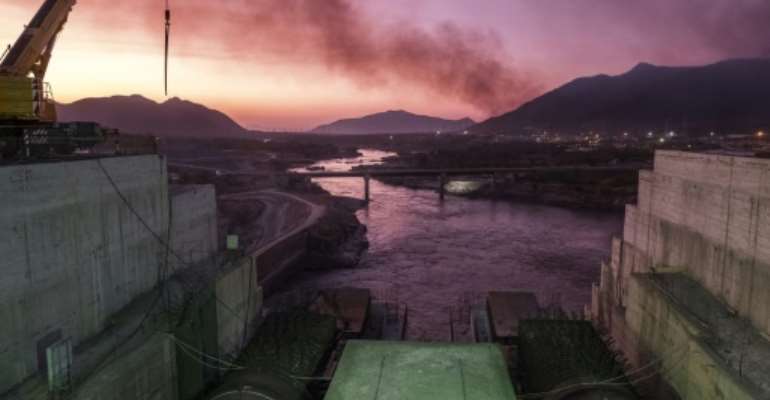 Ethiopia says the dam -- which will be the largest hydropower plant in Africa -- is crucial for its growing economy. By EDUARDO SOTERAS (AFP/File)

US Secretary of State Mike Pompeo said Tuesday that it could take "months" to resolve a dispute between Ethiopia and Egypt over a massive dam on the Nile River.

Tensions have been high in the Nile basin ever since Ethiopia broke ground on the project in 2011.

The US Treasury Department stepped in last year to facilitate talks between Ethiopia, Egypt and Sudan -- another downstream country -- after Egyptian President Abdel Fattah al-Sisi reached out to US President Donald Trump, a close ally.

The latest round of talks concluded in Washington last week, and officials have said they want to reach a deal by the end of February.

But at a press conference Tuesday in the Ethiopian capital, Addis Ababa, Pompeo said the process could take longer.

"A great deal of work remains, but I'm optimistic that over the coming months we can resolve this," he said.

Ethiopia says the dam -- which will be the largest hydropower plant in Africa -- is crucial for its growing economy.

Egypt fears the project will disrupt the river that provides 90 percent of its drinking water.

Addisu Lashitew, an analyst at the Brookings Institution in Washington, said he expected Pompeo "will be trying to make a final push" to reach a deal during his stay in Ethiopia.

"President Trump seeks to get the credit… as the dealmaker for resolving this issue," Addisu said on a call with reporters last week.

He did not elaborate, but major sticking points include the filling of the dam's reservoir, which Egypt worries will dramatically curb water flow downstream.

Ethiopia is the last stop on Pompeo's three-country Africa tour, the first by a US cabinet-level official to the continent in 19 months.

Pompeo said the two men discussed the reforms and preparations for landmark elections planned for August 29.

"A free and credible vote will show there is no false choice between democracy and security, and it will ensure that everyone has a voice," Pompeo said.

"I think the most impressive thing about these reforms is that they're owned by the Ethiopian people," he added.

On Wednesday he is expected to deliver a policy speech at the United Nations Economic Commission for Africa before flying to Saudi Arabia.

Pompeo is attempting to lay out a positive vision for US cooperation with Africa, though analysts point out that the Trump administration's record complicates that message.

The US is currently discussing military cuts in Africa.