The Benefit Or Burden Of Hindsight? 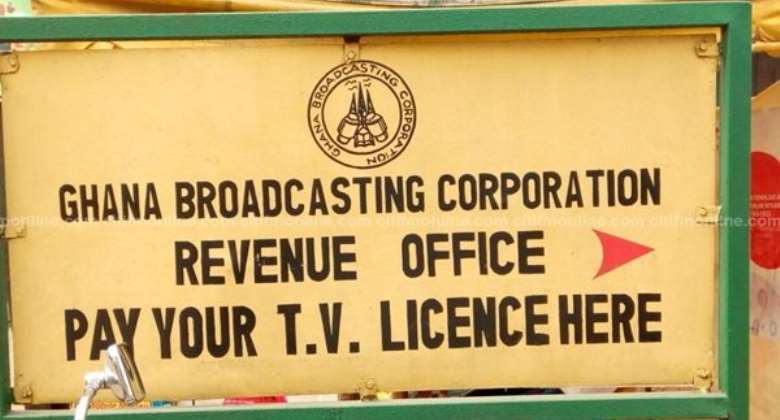 The last time I had to comment on TV licence, it was to express consternation about the call by the Chairman of the National Media Commission (NMC), that the government bails out Ghana Broadcasting Corporation (GBC) from its crippling debt (“NMC asks govt to bail out GBC – owes GHC 25m electricity bill”, Graphic.com.gh, 2019).

Equally distressing was the President's seeming U-turn about GBC as “the propaganda arm of the (NDC) government” (2016) and his directive that immediate steps be taken to settle GBC's debt.

While commending the President's gesture of assistance, my argument remains that rather than commit taxpayers money to settling a perennial problem, which to all purposes and intents will recur, the NMC which has a constitutional obligation to “ensure high journalistic standards” and “insulate the state-owned broadcaster from government interference” (1992 Constitution of Ghana) should be leading the effort to seek the support of the President for the efficient collection of the TV licence.

It is my considered opinion that this is a more enduring means of guaranteeing GBC both editorial and operational independence.

Being the representative of the President, the Chairman of the NMC would have misspoken, or spoken out of

the turn had he suggested even remotely, that the President supports the TV licence collection effort.

This is because there has since January 2017, been a quiet attempt to repeal and replace the TV licence with a Digital Access Fee (DAF).

Per the National Communication Authority, NCA guidelines published on their website, the Government of Ghana in 2019 “revised its policy on the transition from analogue to digital television.

Being the Director-General of GBC at the time and at the forefront of the public spectacle that characterised and undermined the television licence collection, I find this development both intriguing and to put it bluntly, cowardly.

Intriguing because it completely flies in the face of the claim that the same New Patriotic Party government is seeking ways to transform GBC into an effective Public Service which by definition should have an independent (from market and political forces) and regular source of funding.

How does one square this DAF, which clearly goes to the signal carrier with a TV licence regime which seeks to support the generation of independent and bold content?

Besides the difference in who accesses the fee and its intended use, the more troubling feature of this arrangement is the tenuous position it throws Free to Air (FTA) broadcast.

The NCA Guidelines states that “the policy also requires that Conditional Access (CA) and middleware technology should be employed for the collection of the DAF” (NCA, 2019: 13), meaning that signals to FTA equipment will be encrypted and inaccessible to anyone who fails to pay the DAF.

The point is not so much that this is a worse form of TV licence, it is that it fundamentally undermines the citizens' right to access information and commodifies a public good for personal gain.

Besides depriving the citizen of partaking in national discourse through such commodification, this “cash and carry” TV model undermines the critical feature of Public Service Media as a cornerstone of the democratic dialogue.

It is important to point out that the question of encryption of broadcast content as a means of collecting TV licence was earlier raised, discussed and firmly rejected on the grounds that it undermines access, deprives meaningful and productive interactions among citizens, and stymies the democratic process.

So why is Digital Access Fee a preferred and better revenue stream than a TV licence?

Everyone who supports public service media should be interested in this dangerous development which without doubt seeks to transform FTA into a subscription service, and as a by-product, deprive millions of Ghanaians of accessing vital information that they rely on for their daily use.

Imagine the human cost if signal encryption deprives ordinary Ghanaians of receiving early warning public service announcements. As the Australian Broadcasting Corporation has demonstrated all through the country's devastating fires, a PSM still has an important role to play even in older, richer democracies with abundant media choices.

The Ministry of Communication is well advised to discontinue from travelling further down this dangerous road and as quickly as possible, explain to Ghanaians why it feels its DAF policy rather than the existing TV licence law better serves Ghanaians' media aspirations.

Perhaps making every effort to pass the Broadcasting Bill into law will serve as a good beginning whiles opening up the policy space for further inputs and deliberation.

Finally and relatedly, I still struggle to comprehend why politicians and their institutional surrogates transformed the TV licence collection into a public stunt when all the government had to do was repeal the TV licence law and announce its replacement.

Why was there a need to publicly lynch and subsequently terminate “without cause” the Director-General of the GBC's appointment when no wrongdoing has been established?

The quest to build strong media institutions for our collective interests and benefit will remain a fleeting illusion of we continue to vilify the messenger because we dislike the message.

Equally distressing is the steady but insidious encroachment of direct political power in the affairs of CEOs and other agencies which by the Constitution of Ghana, are expected to remain nonpartisan, including the NMC, the country's foremost media regulator.

Maybe it is time to pause to enable us to address our minds to why politicians will on the one hand advocate for the passing of legislation to use public funds to support political parties but do everything in their power to undermine an existing law that provides public funding support for PSB.

If political parties are the vehicles that bring actors into the political arena, PSB is the “public sphere” (Habermas, 1972) where their actions are debated and critiqued by the citizens who mandated them in the first place.

To call for the former and discount, even undermine the latter is not only disingenuous but outright dishonest and a blatant attack on the citizen's right to free access to information and public debate.

PSB should not be transformed into a subscription service.

It is an affront to our collective quest to create a democratic culture of deliberative and reasoned discourse because it commodifies a public good.

Decoupling the two is akin to being a mere voter or spectator instead of an active citizen.