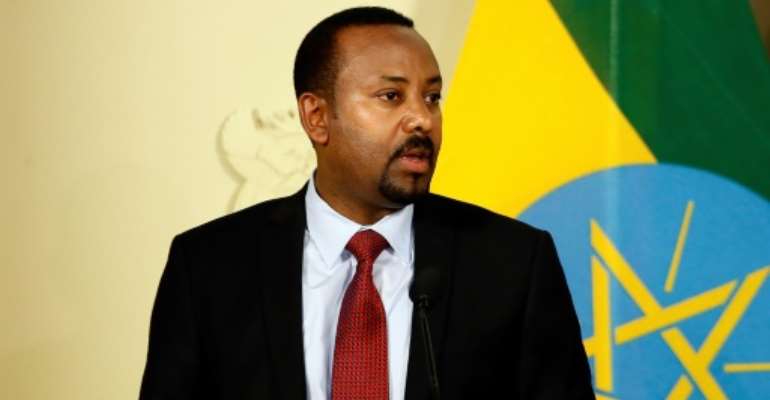 Prime Minister Abiy Ahmed has earned high praise for his reforms, but rights campaigners fear a crackdown on hate speech may restrict freedom of expression. By Phill Magakoe (AFP)

Ethiopia on Thursday passed a law punishing "hate speech" and "disinformation" with hefty fines and long jail terms, despite fears by rights groups it undermines gains in free speech.

Nearly 300 lawmakers voted in favour of the bill, with 23 votes against and two abstentions.

The new law defines hate speech as rhetoric that fuels discrimination "against individuals or groups based on their nationality, ethnic and religious affiliation, sex or disabilities."

But when hate speech or "disinformation" results in "an attack on individuals or groups", jail terms can stretch to five years.

Lawmakers said there was a need to legislate against hate speech, because it has been partly blamed for rising ethnic violence.

Tensions are expected to rise ahead of landmark elections due in August.

"This, however, should not in any way affect people's right to express their opinions," said Adhana Haile, a member of parliament from the Tigray People's Liberation Front (TPLF).

"We also have to make sure this bill won't be applied with the wrong motives, against individuals with different ideas and perspectives," Adhana said.

That view echoes concerns by foreign experts, who criticised a draft bill in December.

"The draft's excessive vagueness means that officials at the federal and regional level would have practically unbounded discretion to determine whom to investigate and prosecute," David Kaye, the UN's special rapporteur on freedom of expression, said in December.

Kaye said that the draft version of the hate speech law could "exacerbate ethnic tension, which may in turn fuel further violence".

The law passed Thursday appeared to be largely unchanged from the draft Kaye criticised.

Human Rights Watch (HRW) also warned in December that the law could be used to target people who share content on social media or private messaging apps.

But domestic critics accuse him of authoritarian tendencies, including locking up political opponents.