Answering The Question Who Should Be Called An Honorable 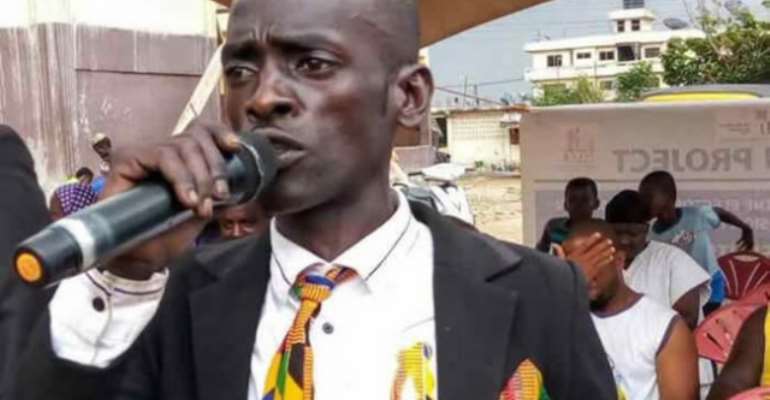 In Ghana, it seems to be generally accepted that a person who is called an honorable is that who is in political office. For example; an Assembly Member, Member of Parliament(MP) or a Minister of State. Surprisingly, even the elites of formal education have been lost in the understanding of who should be deemed an honorable.

The etymology of the word "honorable" is found in old French "honurable", Latin " honōrābilis" from "honōrō" which means "I honour". The roots of this word have been so firm so much that, its meaning has not been altered up until today. In short, the word "Honorable" whose question we seek to answer simple means "worthy of respect or honor."

Having learned the above, the big question is then put; Who deserves to be called an Honorable?

As earlier said, It may seem to many that an Honorable is an assemblyman/woman or MP or Minister of State. This is the partial truth. Partial truth in the sense that, any of the aforementioned could hold office yet would not be noble enough to be venerated. Their actions and/or inactions may not merit them being called Honorable.

Undeniably, the partiality of its truth is also that, for any association or office of reputability, the members or occupant of such an association or office by virtue of their affiliation qualify to be called Honorable. Maybe, this is where we (Ghanaians) misconstrue the actuality of the word.

Far from the above, Honorable is not a 'title'. In fact, one should not only be called an Honorable because s/he occupies an office. That's to say, any person who is high-minded, actuated by principles of honor, illustrious, estimable, fit to be regarded, or a scrupulous regard to probity, rectitude or reputation could by choice of language and accord be deemed an Honorable.

The evidence above shows that, everyman is an Honorable before the eyes of who wants to deem him as such. Again, it is not a title. Being an Assemblyman/woman, MP, Minister of State, President of an association or whatever office doesn't make you an Honorable. It is how you behave and how the people around you consider you to be that makes you so.

It is saddening to hear people of high educational background put the question; When did he become an Honorable? Who gave him that title or made him an honorable? etc.

Clearing parochial thinking and answering the question who should be called an Honorable, it's worth we know that; First, honorable is not an office neither must one be in office to be called Honorable. To be deemed Honorable is nobility. Therefore, any person who for whatever reason is esteemed or regarded or is worthy of honor is an Honorable fellow.

To be too quick to question where a person got the title Honorable will only be an exhibition of a high level of educated ignorance.

It's not good at all — GMA expresses concerns over rising CO...
12 minutes ago