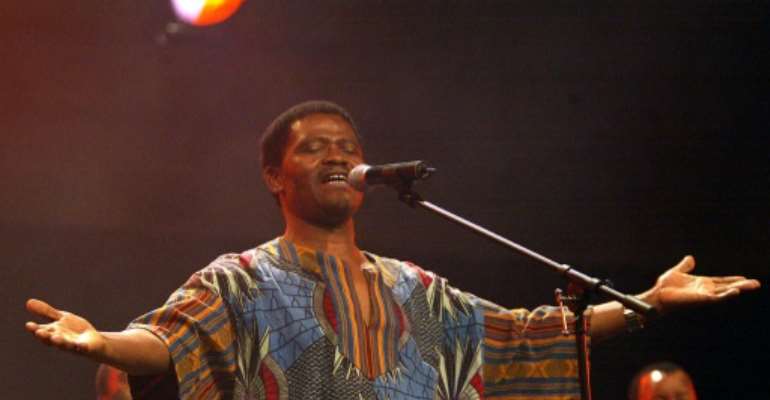 Joseph Shabalala, founder of South Africa's multiple Grammy-winning choral group, the Ladysmith Black Mambazo, has died, the choir said on Tuesday. He was 78.

Shabalala passed away at a Pretoria hospital following complications from back surgery that left him wheelchair-bound, according to local media.

"Our Founder, our Teacher and most importantly, our Father left us today for eternal peace," the choir said on social media.

"We celebrate and honor your kind heart and your extraordinary life. Through your music and the millions who you came in contact with, you shall live forever."

Shabalala had retired in 2014 and handed control to the all-male choral group to his four sons.

Founded in the southestern city of Durban in the 1960s, the Ladysmith Black Mambazo gained iconic status in South Africa. The word "Mambazo" means "axe" in the Zulu language.

The group was popularised abroad by Paul Simon's 1986 "Graceland" album.

Simon was criticised by some at the time for working with musicians while South Africa was still under apartheid rule.

But his album opened up a global audience to traditional Zulu harmony-driven acapella, known as isicathamiya, and an international following for the Ladysmith Black Mambazo.

The group is a decades-old favourite at the Grammys, where it won its fifth award in 2018. It is currently on a US tour.

The chorale performed at the inauguration of South Africa's first black president Nelson Mandela in 1994, who was freed from jail exactly 30 years ago on Tuesday.

"Today the spirit of ...Shabalala is united with that of our great leader, Nelson Mandela, whose release from prison we are commemorating," said Ramaphosa in a tweet.

The opposition Economic Freedom Fighters (EFF) said in a statement that the group's "music spoke to the social realities of black cultural norms and traditions, and was able to bring to light the social conditions of black South Africans".

"The legend has fallen," said one fan on Twitter, and another wrote "Rest in power. Your legacy will live on"

Arrest warrant issued for 10 recalcitrant motorists who snub...
47 minutes ago