Why 2020 Elections Should Be Suspended 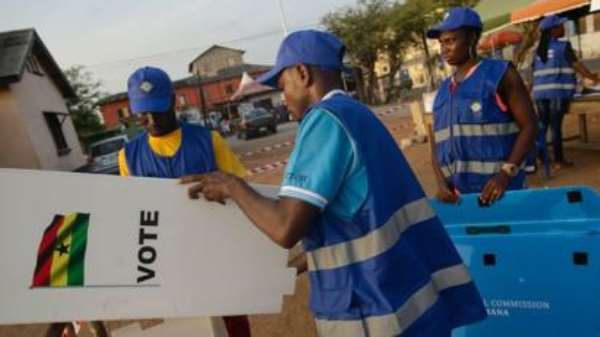 Since corruption is the order of the day, let me begin with this poser: If you claim politicians (both NPP and NDC) are incredibly corrupt, and you keep on voting them into power in rotation, who are you?

While you pore over this question, let’s go ahead into our discussions on whether Ghana really needs election 2020. The brouhaha that has greeted the Electoral Commission’s (EC) announcement to compile a new voters’ register has got me ruminating whether the December 2020 polls are needed at all! Supporters argue that the EC is constitutionally mandated to conduct new voters’ registration exercise whether this is useful or not.

The constitution is sacrosanct and shouldn’t be subverted. Period! So I’m wondering why some groups of persons, privy to this constitutional mandate will embark on actions that seek to undermine the authority of the law of the land.

However, some concerns raised by opponents of the new voters’ register are justified. Why should Ghana spend over GH¢390 million on this ‘needless’ exercise? That’s a whopping amount! Ghana is, however, likely to spend more than double of this amount in the upcoming general elections. If the approved 2016 general elections’ budget of GH¢826.8 million is anything to go by, then we should anticipate spending not less than GH¢800 million for the 2020 general elections. And that’s megabucks!

This is where my qualms about the 2020 general elections emanate from. In my opinion, Ghana doesn’t need either new voters’ register or general elections. They are ill-timed and should be mothballed although they are constitutionally sanctioned.

The elections will only represent the profligacy of state resources. Or just like the new voters’ register, elections are constitutionally mandated so we should conduct them even when they aren’t needful at a particular time? What are Ghanaians voting for if I may ask? I think as a country, we should pause following the same old rituals, and have serious discussions about how we can restructure our politics to deliver better outcomes than we’re currently seeing.

The demerits, taking into consideration the exorbitant expenditure of conducting elections far outweigh the merits. If the elections are organised, two outcomes are predicted – either NPP retains power or NDC wins. After the elections, we will return to the mind-numbing media discussions, and continue to suffer the stultifying effects of unvarying rambles of politicians and their serial callers.

If NPP wins, President Akufo-Addo will continue to push for the implementation of his major promises. The ones that he succeeds in fulfilling, the expenditure for the pomp and circumstance of project commissioning will almost equal project cost if it doesn’t exceed it. Policy wonks, analysts, and opposition members will continue to pick holes in policies being implemented, either with genuine reasons to improve policy outcomes or to cause public disaffection for the government. Corruption will continue and President Akufo-Addo will only pretend to fight it.

The president may personally not involve himself in financial shenanigans (because he touts himself as ‘incorruptible’), but his appointees will. Seized excavators will continue to be whisked away as if they are chaff, yet the criminal masterminds will hold on to their position and go unpunished. President Akufo-Addo will continue to ‘flatter to deceive’ by ordering for the summary arrest of his appointees and party members who engage in corruption and later clear them.

The nameless obscurantists will continue to taunt Mr. Martin Amidu, yet he will muddle along. But on sober reflection, I’m beginning to pare down on my searing criticism against leaders’ failure to fight corruption. This is because they seem shackled by the political-party funding system in Ghana even if there’s a political will.

How can a ‘presidential bankroller’ be prosecuted for financial skulduggery? Never! And this applies to all political parties. It, therefore, smacks of hypocrisy critics who give leaders bollocking for their failed corruption fight without proffering sustainable cure for the sick political-party financing.

On the other hand, if NDC wins, two things are imminent:

First, there will be no public policies to spark national discourse. This is because the party seems to lack a coherent policy outline. They will struggle to maintain existing policies because these policies aren’t their brainchild. In some cases, they have dismissed some of the policies as shibboleth and cockamamie.

Second, NDC’s victory will be an existential threat to the economy, and will likely plunge Ghana into financial squalor. It will be the time for the ‘Government Official 1’ and ‘Intermediary 5’ to polish off their murky past. Certainly, this will not augur well for the development of the country. My piece of advice for the NDC is that they should start grooming another formidable presidential candidate who can wrest power from the NPP. It seems the current NDC’s presidential candidate is becoming indefensible since he’s mired in so many scandals. I’m not insinuating anything or judging anybody, but mud sticks and your opponents may use it against you.

And as it stands, no third political party is ready to usurp power. From the above narration, it is clear that there will be nothing super ordinary new after the elections. We will only return to the quotidian partisan party politics. In my view, Ghana should suspend the 2020 polls, and use the subsequent years to develop and adopt holistic, swingeing reforms and laws that will culminate in the real change many Ghanaians glamour for across all sectors of the economy.

For instance, we should be discussing regulations that ban government functionaries, including presidents from seeking medical care abroad. I still struggle to see the common sense in government officials being flown abroad to undergo even routine medical checkups. They superintend the Ghana health system and claim their interventions are improving quality health delivery. Yet, they feel ashamed to visit their own revamped hospitals when they are ill. Imagine the health minister being flown abroad to seek medical care. This is paradoxical!

We should also be debating laws that will prohibit government functionaries, including presidents from educating their children and family members abroad or enrolling them in elite private schools in Ghana. If governments supervise the education system and claim their efforts are improving quality education, why are they not enrolling their children in public schools they supervise? This is also paradoxical!

Like ‘Ghana Beyond Aid’, I think it is important we start having discussions on ‘Ghana Beyond Abroad’ as well so that we improve our internal social systems and services to befit the standards of presidents, government functionaries, and all and sundry.

Also, can we have a national discussion on how we can promote sustainable and independent funding of political parties so that public offices will not be seen as retrieving grounds for monies lost during electioneering? Otherwise, our shouts against corruption will continue to be a clanging cymbal in the ears of our political leaders. Our prisons will also continue to be a dumping site for only the plantain and tomatoes stealers, and armed robbers without political affiliation. Those venal, Mephistophelian politicians and their affiliates with rapacious maws and sybaritic desires will always get off scot-free.

By the way, I would have simply directed my health minister to hand over the procured ambulances to the officials of the Ghana Health Service if I were the president. I would have skipped that grand durbar and pump-prime durbar expenditure into another project. However, I would have as president, inaugurated with ecstasy, these projects because they have novelty values:

First, providing quality Free SHS which expenditure will not crowd out the expenditure of other educational subsectors like early childhood, primary and inclusive education, and adversely affect quality in these subsectors.

Second, constructing subway stations to (1) help address heavy vehicular traffic and the spate of ghastly road accidents in the country and (2) allow a worker to reside in say Accra, yet commute to Tamale to work on daily basis.

Third, converting Odaw River into a canal to (1) help improve sanitation and (2) to be used for canoeing and kayaking by tourists and revelers to generate revenue. The €5 million paid to Intermediary 5, plus Woyome’s GH¢51 million judgment alone can complete some of these projects. We can even top up with proceeds from seized excavators.

And more critically, I will go beyond providing only Band-Aid solution to widespread unemployment which seems insuperable, and create more sustainable employment opportunities for the country’s teeming youth so that they are not only used as party stooges.

This is called ‘Vision’, and they can be achieved only if our leaders decide to repent, become visionary and pursue these projects with messianic zeal. But no, they rather prefer to steal monies, excavators, brand cars, become ‘Airbus Government Official 1’, and spend on slay queens and kings who later turn against and disgrace them.

So do Ghana need elections? What are we voting for? Do we continue to vote for corruption and mediocrity? Can’t we drop the party manifestos and create Key Performance Indicators (KPIs) and Objective Key Results (OKRs) based on the critical challenges that confront the country for political parties to commit to and assess them based on how they perform?

By the way, after conducting seven consecutive general elections, the country shouldn’t be thinking about whether we need a new voters’ register in an election year or not. We should rather be discussing more progressive electoral processes, like introducing biometric voting so that the electorate can sit in the comforts of their homes and vote without joining maddening queues which in any way discourage many citizens from voting.

I believe the constitution would have expressed similar sentiments if it could talk. The constitution will, therefore, not charge us with subversion if Ghanaians decide to suspend the 2020 general elections and enter into serious discussions on how we can advance the development of Mother Ghana.

The writer is a development practitioner, human rights and anti-corruption campaigner.