Re: A Petition To Call On National Executives To Call For An Extra Ordinary Congress To Change Our Presidential Candidate 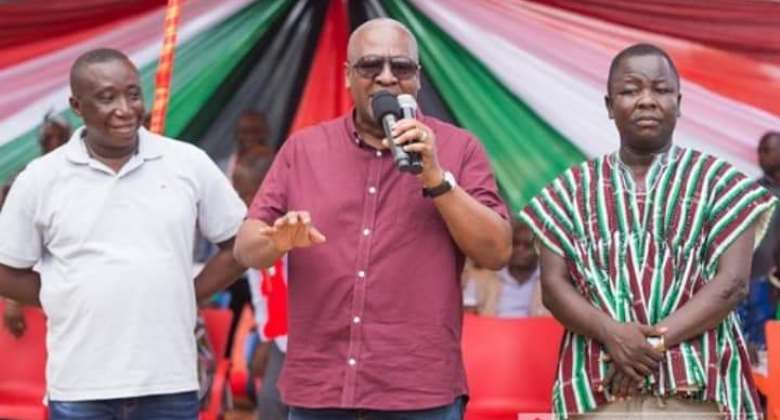 The leadership of the Western North NDC woke up to a bizarre and stupid release emanating from faceless and coward elements purporting to be Concern Youth Of Sefwi Wiawso NDC demanding for an extra ordinary congress to change our flag bearer.

Though very unfortunate, we are not so astonished bearing in mind the kind of people we are dealing with as party in power ie the NPP. With them, anything is possible.

We wish to state emphatically the following;

1. that no youth in the Western North or specifically in Sefwi Wiawso has authored such a useless release.

2. That the letter headed used is neither that of Sefwi Wiawso Constituency nor the Western North Secretariat of the NDC.

3. That the said youth group doesn’t exist in our party.

4. That the person who signed the release isn’t known in our party.

The leadership of the party wishes to inform the rank and file of the party no such thing is happening and won’t happen.

We strongly associate ourselves with the press conference read by our National Communication Officer on behalf of our great party in response to the reckless statement and press conference organized by the visionless NPP concerning the Airbus scandal.

It is instructive to note that no right thinking person will opt to change President Mahama as a presidential candidate looking at his enviable record in fighting against corruption in our country. He has such an enviable record which we all know.

We are highly focused and determined to working harder to take all the seats in the Western North region and will not have time for such idiotic releases.

We have however lodged a complaint with the police to arrest whoever is involved for forging a letterhead purporting to be ours.

Museveni apologises over son's Twitter rant on Kenya
40 minutes ago

Paramount Chief of Bunkpurugu commends Bawumia for his good ...
49 minutes ago