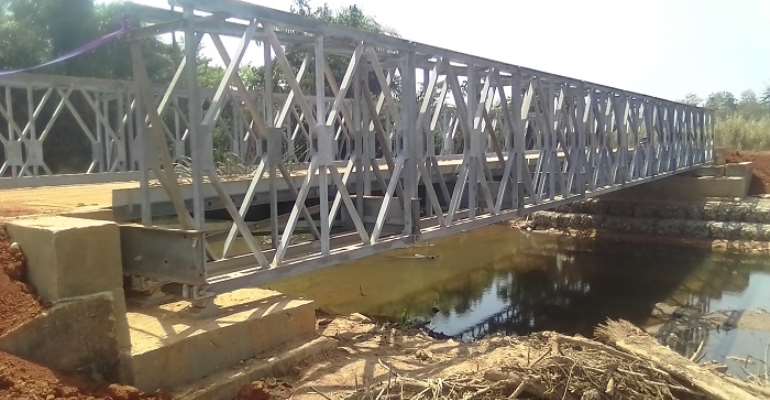 A newly constructed steel bridge on River Tano linking Sunyani West and Tano North in the Bono Region has opened to traffic.

With the opening of the all-important bridge, residents of Adrobaa, Techire, Baffourkrom and other surrounding communities in the Tano North Constituency would now have easy access to Sunyani in particular.

It was all joy when the chiefs and people, alongside the MP for Tano North, Freda Prempeh, commissioned the 25-metre long steel bridge at Baffourkrom.

It was built by the Bridge Maintenance Unit of the Ghana Highways Authority (GHA), in collaboration with Feeder Road Department, to replace an old wooden bridge that served as a death trap. 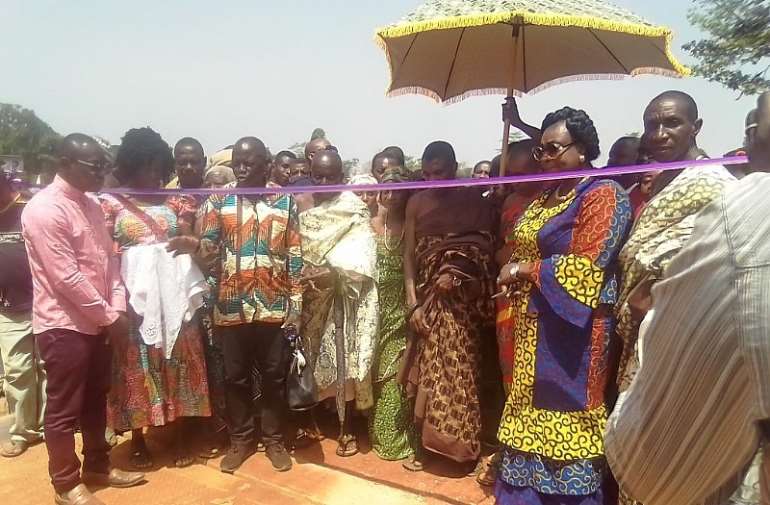 The chief of Baffourkrom, Nana Gyewu Baffour II, commended the government and the MP for heeding the request to build the bridge within two months.

“For several years we appealed to the erstwhile Mahama administration under the NDC but they never did it for us though we always vote for them during elections. We now see the difference,” he said to a spontaneous laughter.

He added that as pineapples and tomatoes growing area, they experienced serious post-harvest loses due to the fact that vehicles could not get access to them because of the deplorable nature of the bridge, and it left many hardworking farmers poorer.

The chief was grateful to the government and the MP and asked his people to translate the kind gesture into votes for the NPP in appreciation of what has been done.

The comment gingered the people around who shouted “4 more for Nana! 4 more for Freda!”

The MP, who is also the Deputy Minister for Gender, Children & Social Protection, said the government has declared 2020 as 'a year of roads', and therefore, most deplorable roads in the area would soon see construction.

She said the Techire-Adrobaa seven-kilometre road, which is now under construction, would soon be tarred.

Madam Prempeh urged the people to support the NPP government to bring more human-centred development projects into the area.