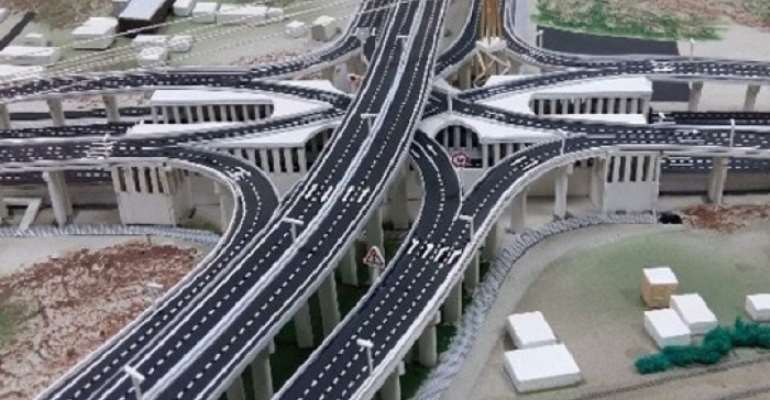 The government has released GH¢10 million for the payment of compensation for critical structures to facilitate the effective execution of the Pokuase Interchange project in the Ga West Municipality of the Greater Accra Region.

The Resident Engineer of Associated Consultants Limited, the consulting firm for the project, Mr Kwabena Bempong, who disclosed this to the Daily Graphic, said the company received the final 75 per cent of the money in December 2019 after the initial release of GH¢2.5 million.

He said the release of the money had been a massive boost to the execution of the project which was currently at a 60 per cent completion stage.

“The good news is that the government has released GH¢10 million for compensation and as I speak, 50 per cent of the amount has been paid out for critical structures.

We have also started looking at payments for non-critical structures such as kiosks and other make-shift structures which are not directly in the right of way but have to be removed so that they will not be negatively impacted in the future,” Mr Bempong said.

He said this in an interview when the Minister of Roads and Highways, Mr Kwesi Amoako Atta, toured the project site and other road projects in the Greater Accra Region.

The resident engineer explained that the payment of compensation for critical structures on the right of way had been one of the milestones of the project because it was a major obstacle to the success of the facility.

Progress of work
Mr Bempong said work had progressed to 60 per cent, which was an indication that barring any hitches, it could be “substantially completed by October this year”.

“From the Awoshie end of the project, we have done four kilometres (km) of dual carriageway; beyond the bridge to Kwabenya side, we have done two kilometres of road while 50 per cent of the work on the Accra-Kumasi direction has also been done and we have started doing cement stabilising, which is part of the pavement structure,” he said.

He added that most of the drainage work, including three kilometres of storm drains, had been done.

He said the company had also done 10 kilometres (km) of roads to local communities as part of the project.