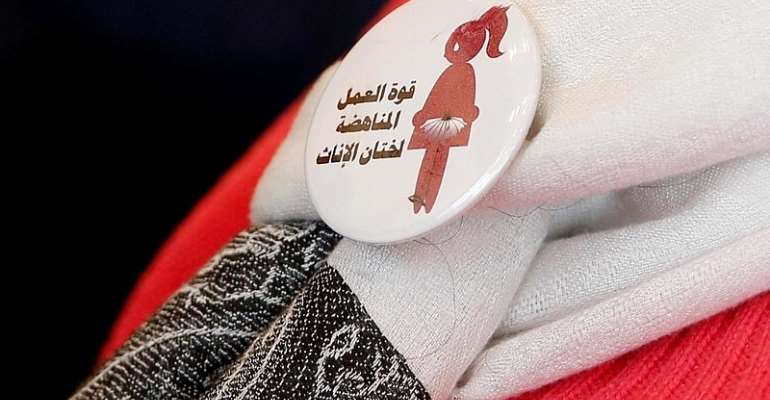 Despite a ban on female-genital mutilation (FGM) in Egypt, a 12-year-old girl has died following complications from the procedure, prompting officials to arrest her parents and the physician.

Nada Hassan Abdel Maqsoud was taken to a clinic in Manflout, in the Upper Egyptian governorate of Assyut, by her parents and other family members.

She died soon after the procedure from complications.

According to an investigation reported by local media, the procedure was performed without anaesthesia and the 70-year-old doctor who carried out the operation was not a qualified surgeon.

What is FGM
The World Health Organisation defines FGM as: "All procedures that involve partial or total removal of the female external genitalia or other injury to the female genital organs for non-medical reasons."

It is considered a human rights violation, torture and extreme form of violence and discrimination against girls and women.

Egypt has the highest rate of FGM across the Middle East and the fourth highest across Africa.

Criminal offense
In 2008, FGM was made into a misdemeanor for the first time following the death of a 12-year-old girl called 'Badour Shakour' in Minya governorate.

The practice was officially banned by parliament despite strong opposition from many traditional law-makers.

Changes were made to legislation in 2016 making it a felony following the death of 17-year-old Maya Mohammed Moussa in May 2016.

“If a family member is found guilty, he or she will go to jail for a year or two years. If it is a physician, it is up to seven years,” said Reda Eldanbouki, a human rights lawyer and executive director of the Women's Centre for Guidance and Legal Awareness in Mansoura, Egypt.

Laws and impunity
To get around that ban, many private practices have opened up outside the national health services.

People take their daughters to these clinics often to seek the advice of these doctors that are likely to say anything to get paid, calling it "medically required circumcision" added Eldanbouki.

They often charge 1,400 Egyptian pounds, about 80 euros for the procedure, one mother told RFI who had her daughter circumcised in a clinic.

Despite laws against FGM, doctors are rarely prosecuted. In one case in Ismailia the judge sentenced a physician to a year in prison but never imposed it.

Efforts to stop FGM
NGOs such as the one run by Eldanbouki try to spread information to those who still follow the deep-rooted tradition of FGM.

He says that Maqsoud's death highlights the fact that more needs to be done to entrench the law.

“We hold workshops to make people aware," Eldanbouki added. "And each workshop has around 25 women. So more and more, I am optimistic that eventually the world will also be on board to end FGM."