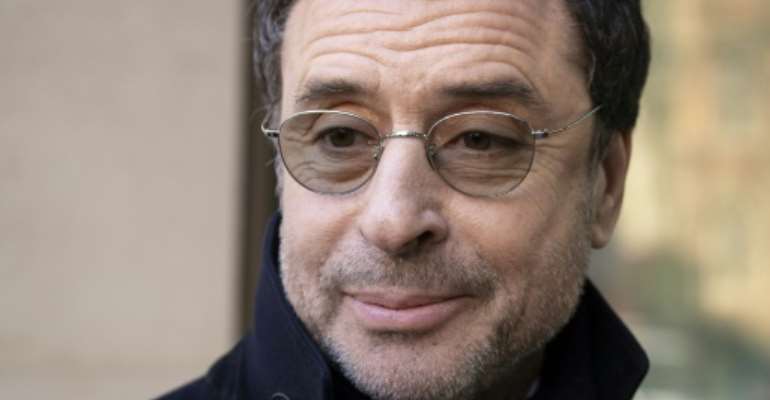 Alexandre Djouhri, 60, was handed over to authorities in Paris on Thursday after being extradited from Britain. By Niklas HALLE'N (AFP/File)

A businessman at the heart of an inquiry into alleged Libyan financing of French ex-president Nicolas Sarkozy's 2007 election campaign was charged Friday with bribery, judicial sources said.

Alexandre Djouhri, 60, was handed over to authorities in Paris on Thursday after being extradited from Britain.

The businessman, who has ties to Sarkozy's former right-hand man Claude Gueant, among other French politicians, was arrested at Heathrow airport in January 2018 under a European warrant issued by French judges.

He is charged with bribing a foreign public servant, being complicit in and concealing the embezzlement of public funds by a person in a position of public authority, and laundering the proceeds of tax fraud and bribery.

The allegations that Sarkozy's campaign received up to 50 million euros ($53.3 million at current rates) from Moamer Kadhafi's regime, first emerged during his failed 2012 re-election bid.

Sarkozy would later help remove Kadhafi from power when France and Britain led a NATO-backed military offensive in 2011.

In 2018, Sarkozy was charged with taking bribes, concealing the embezzlement of Libyan public funds and illegal campaign financing.

He denies the allegations, claiming that an explosive Libyan document presented by investigative French news site Mediapart as proof of the corruption is a fake.

Investigators are examining Djouhri's alleged involvement in the 2009 sale of a villa on the French Riviera to a Libyan investment fund managed by Bashir Saleh, Kadhafi's former chief of staff.

Djouhri is suspected of having been the true owner of the property, which was registered in someone's else name.

He is accused of selling the villa at a vastly inflated price to mask payments allegedly made by the Libyan regime towards Sarkozy's campaign.

Djouhri has denied ever being the villa's owner.

He is further accused of paying 500,000 euros to Gueant to ensure his assistance in various business affairs.

Gueant, who has also been charged with laundering the proceeds of tax fraud, claimed the money came from the sale of two paintings.