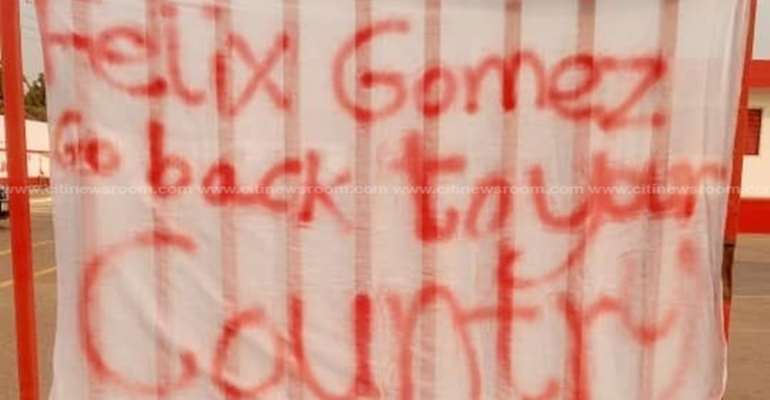 The local union accused Mr. Gomis of incompetence adding that his alleged actions and inactions led to the shutdown of the Coca-Cola plant in Kumasi.

Mr. Felix Gomis who is a Senegalese was a one-time Managing Director of the company in Ghana between 2014 and 2018.

It would be recalled that earlier this week, some staff of the Coca-Cola engaged in a series of protest over the removal of Mr. Seth Adu-Baah, the Managing Director of the company.

The union in a petition signed by 120 employees of the company also expressed fears of a similar fall in their production should the ECCBC go ahead with the removal of Mr. Seth Adu-Baah.

The ECCBC is one of Coca-Cola System's leading bottling companies in Africa with presence in 13 countries in the north and west of Africa including Ghana.

“We are petitioning the ECCBC to take immediate action on the above matter because, from 2014 to 2018 that Felix Gomis was the Managing Director in Ghana, he did not do anything significant to turn the fortunes of the business. Rather, the Kumasi plant which hitherto was very productive was shut down due to poor managerial skills.”

“It was also during his time as MD that the Coca-Cola brand in Ghana lost its value considerably and eventually lost a significant percentage of its market shares to our main competitor, Pepsi Cola,” the union claimed in the petition sighted by citinewsroom.com.

The statement by the staff further threatened that until, Mr. Seth Adu-Baah is reinstated they will not return to work.

“We then want to state without any equivocation that indeed No Seth, No Work and we intend to stay solidly behind this course.”

“We as people are looking forward to your office taking action on this petition and giving it a high priority. Feedback within 24 hours will inure to the calming of tensions and also the betterment of the business and the staff in general.”