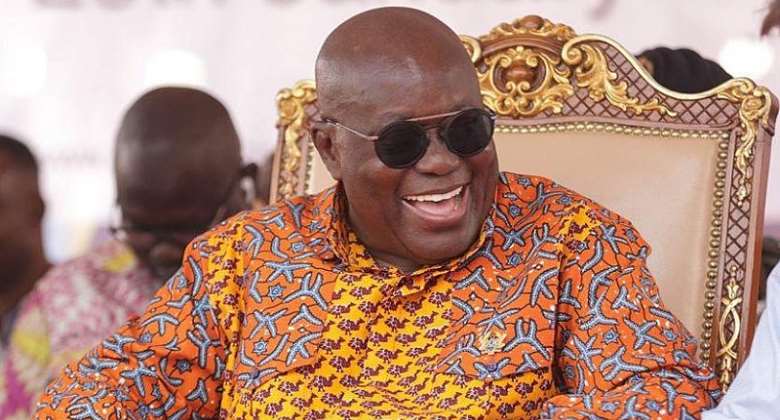 President Akufo-Addo has said he expects an economic turn around within the Obuasi Municipality and other host communities where the Anglogold Ashanti operates.

The President indicated that the commemoration of the first gold pour of the Anglogold Ashanti Obuasi Mine after it suspended operations five years ago must be of great benefit to Ghana’s Mining sector.

“The shutdown of the mine brought in its wake severe levels of hardship to a community whose major preoccupation is mining.

“Employees, both direct and indirect, felt the brunt of the closure, with equally devastating effects to several actors along the value chain, be they mine support service companies, security and telecommunications providers or financial institutions.”

“So, I congratulate the promoters and management of the mine for this major milestone, and I expect the first gold pour to mark also a 'Year of Return' to winning ways for not just Obuasi and AngloGold, but for the mining sector in Ghana as a whole. As I have said before, I am counting on this mine to pull the adjoining communities out of poverty, and enable them to reflect the wealth that their soils have generated.”

He also tasked the management of the mine to work closely with stakeholders to pull the host communities out of poverty.

The President said the company will contribute two dollars per ounce of gold produced into a community trust fund to facilitate development projects in the local communities.

Ahead of the commencement of gold production by the company, a contribution of 250,000 dollars has been paid into the fund of which part of the amount has been used for some infrastructural projects.

The President speaking at an official ceremony to commemorate the first pour of gold by the Anglogold Ashanti Obuasi Mine, said the government will work closely with the company to address all social and environmental issues in the company’s operations.

The Company says it expects the Obuasi Mine to produce 400,000 ounces every year for the first ten years after its first pour.

The initial capital injected for the turn around of the Obuasi Mine according to the company is between $500 million and $550 million.

The company says it has adopted a modern way of mining which will be solely mechanized.