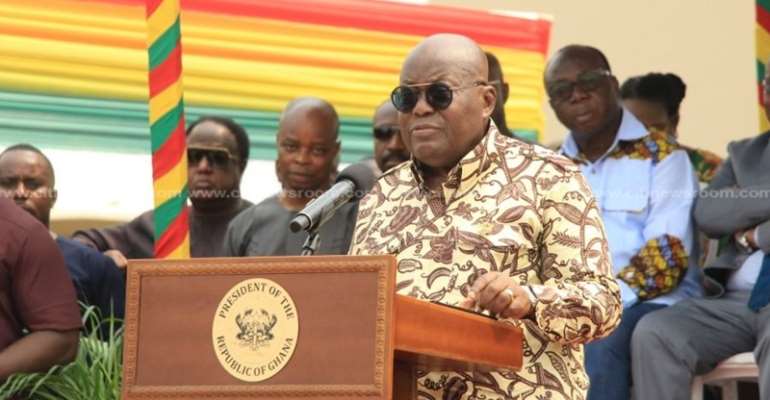 President Akufo-Addo has urged Ghanaians not to abuse the new 112 emergency services number.

President Akufo-Addo made the call when he commissioned 307 ambulances procured by the government for distribution to all constituencies in the country on Tuesday.

“This is not right as it only endangers the lives of Ghanaians in need,” the President stressed.

Emergency service providers have had cause to complain about prank calls from the public.

The Ashanti Regional Command of the Ghana National Fire Service (GNFS), for example, is now collaborating with the Bureau of National Investigation (BNI) and the National Security to track, arrest and prosecute persons engaging in such activities .

The Police administration has also said the introduction of a Location-Based Systems (LBS) into the Geographic Information Systems (GIS) at the Police Emergency Command Centres will enable the call-takers to know the exact location of callers on-screen.

Over a three month period in 2019, the Police said more than 750,500 prank calls were recorded at the three Police Emergency Command Centres.

The government has also decided to merge the country's emergency response channels into a single hotline which is 112.

The new number will now handle cases that require the services of Ghana Police Service, Ghana National Fire Service and the National Ambulance across all mobile networks.

This means the 191, 192 and 193 which hitherto were dedicated to the Police, Fire and Ambulance services will be replaced.