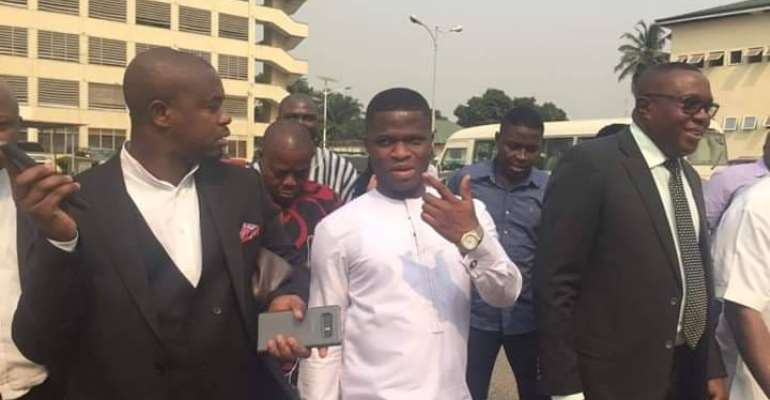 The Communications Director of the opposition National Democratic Congress(NDC), Sammy Gyamfi has been released after an earlier arrest by the Police CID on Monday morning.

The NDC firebrand was picked up by the officers at the premises of Despite Media, after making an appearance on UTV’s morning show.

Addressing the media after his release, Sammy Gyamfi accused the office of the President (mentioning Flagstaff House) of masterminding his arrest.

“I’m not a criminal..I have never committed a crime; no amount of concocted and fabricated stories from the Flagstaff House can intimidate me or silence me”, he stated.

It will be recalled that in December last year, the Criminal Investigation Department of the Ghana Police Service extended an invitation to Sammy Gyamfi after a report was made against him by the Jubilee House on allegations of forgery and false publication.