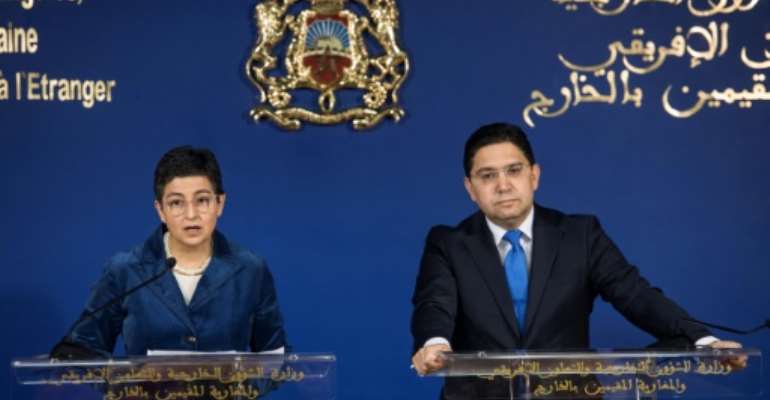 Her remarks, at a joint news conference in Rabat with her Moroccan counterpart Nasser Bourita, came after Morocco adopted two laws extending its legal jurisdiction over disputed Western Sahara.

The laws voted by parliament on Wednesday integrate waters off the coast of the former Spanish colony into Morocco's maritime territory.

"Morocco has the right to delineate a territorial maritime zone... (but it must) respect the rules and norms of the United Nations Convention on the Law of the Sea... and international law," Spain's top diplomat said.

"Morocco delineated its frontiers... as Spain did before it. This could lead to some overlaps and that is why we seek dialogue," he added.

The Spanish foreign minister, whose country's Canary Islands lie less than 100 kilometres (60 miles) from the Moroccan coast, said Bourita assured her "there will be no politics of faits accompli or unilateral decisions" and that "dialogue" will prevail to reach common solutions that satisfy all parties.

Morocco considers Western Sahara an integral part of the kingdom after Spain withdrew from the phosphate-rich territory in 1975.

The vast desert territory is disputed by the Algerian-backed Polisario Front, which seeks independence for Western Sahara. Morocco has instead offered autonomy.

In the works for years, the delimitation of the maritime territory, whose status is still unresolved, has in the past sparked tensions between Morocco and Spain, particularly after oil exploration in the area.

In mid-December, the Spanish government reminded Morocco that the delimitation of maritime borders with neighbouring countries was governed by "mutual agreement".

On Wednesday, Bourita told parliament: "We do not want to impose a fait accompli, but we are ready to engage in dialogue with Spain in the framework of our essential rights and sovereignty."