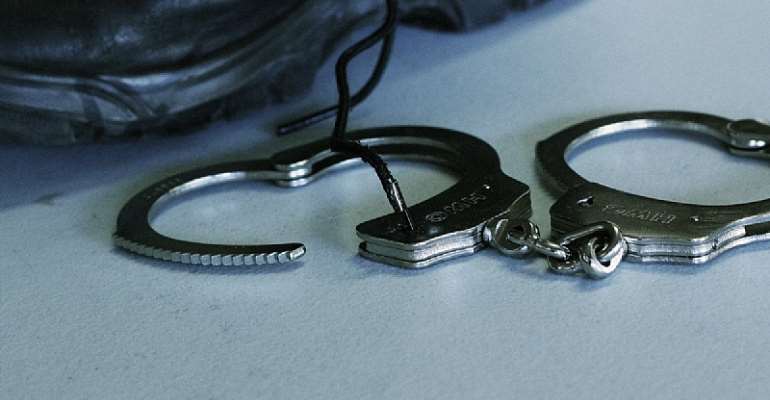 The police in the Central Region has picked up the owner of the Zen fuel station, Isaac Eshun, over the recent murder of a police officer in the area.

The owner of the fuel station was arrested on Thursday after preliminary police investigations.

According to the regional Public Relations Officer of the police, DSP Irene Oppong, the suspect was picked over suspicion that cartridges that were picked up from the crime scene were fired from the shotgun and pistol belonging to Mr. Eshun.

She said he is currently assisting them to conduct further investigation.

“The Central Regional Police Command has arrested suspect Isaac Eshun, the owner of Zen filling station, where the attempted robbery happened yesterday [Wednesday] at Mankessim. The suspect is assisting the police with investigation in the case of murder relating to the late G/Lance Corporal Kingsley Boahen,” she said.

Suspect Isaac Eshun is expected to be arraigned soon.

According to police reports, at about 2 am on Wednesday, a Police patrol team responded to a distress call from the Zen filling station at Mankessim and upon arrival, some suspected armed robbers opened fire, injuring two Police officers in the process.

Another officer, Lance Corporal Kingsley Boahen, who was in civil cloth was also found dead about 200 meters away from the crime scene.

The Inspector-General of Police (IGP), James Oppong-Boanuh has taken a strong interest in the matter as he and other members of the Police Management Board on Wednesday visited the Mankessim Roman Catholic hospital where the two injured police officers are receiving treatment.

He indicated that a team of senior investigators had been dispatched from the Police Headquarters in Accra to join the regional investigation team to bring the perpetrators of this crime to book.

The owner of the filling station in an interview with Citi News after the incident told Citi News that was the second time in two months his station had been attacked.

“Around 1:03 am I received a distress call from my security that he had seen some unfamiliar movements at the station so I immediately called the Mankessim patrols team and at exactly 1:08pm they got here and the robbers started firing at them so they had to back off. There were about five heavily armed men and this is the second time in two months this is happening to me,” he said.