YEA To Clear Arrears Owed Beneficiaries By End Of January 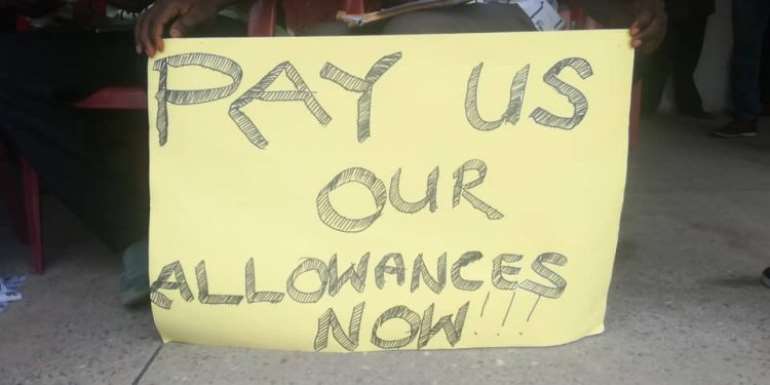 The Youth Employment Agency (YEA) says it will pay the December arrears of beneficiaries by the end of this month.

Over the years, beneficiaries have agitated over unpaid and delayed allowances.

YEA, however, said it has cleared all allowances from last year except for December which is still being worked on.

The Director of Corporate Affairs at the YEA, Emmanuel Akwasi Afriyie explained that those with outstanding arrears have peculiar cases.

“We haven't paid beneficiaries for even more than two months. We have paid for the month of September and every other month in 2019. What we are working on now is for December. Even that, we are at the final stage. All the processes have been done so very soon, the December salary will be paid.”

“There are peculiar cases but what exactly is the person's case? We will be at work throughout the whole month. Did he [the beneficiary] submit the timesheet? Did he make sure that he was verified by the monitoring and evaluation officer and the district commander as well? Is his phone number matching his identity in our system? All of these are issues that we look at,” he said.

The nonpayment of the arrears caused beneficiaries to picket multiple times at the office of the NaBCo secretariat last month.

Their counterparts under the Youth in Afforestation program of the YEA were also paid for three out of the five months owed them.