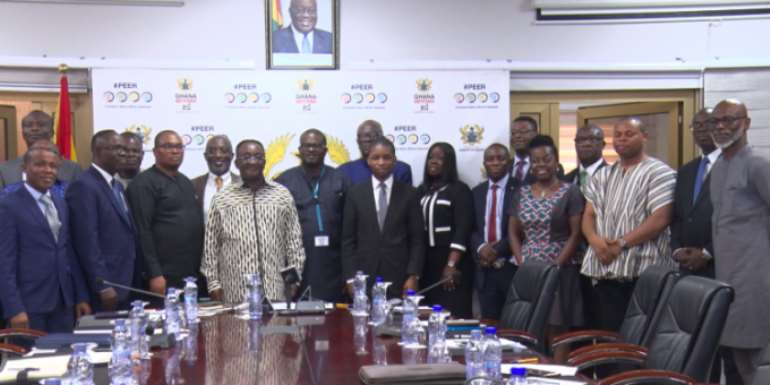 The National Chairman of the National Democratic Congress (NDC) Samuel Ofosu-Ampofo has taken a jab at Vice President Dr Bawumia over his exclusion from the committee to look into the causes of the depreciation of the cedi and propose solutions to the problem.

“You will recall that Dr Bawumia once said that they have the best economic team. Now the economic management team could not control the depreciation of the cedi against the dollar… Now they have collapsed the team and formed a committee, and Dr Bawumia is excluded from the committee,” Mr Ofosu-Ampofo said.

He made this remark in Kumasi when he took his turn to address hundreds of protestors who have poured onto the streets to join in the demonstration against the compilation of a new voters roll.

His remark comes on the back of the establishment of a committee by the government to investigate the regular fall of the Cedi against the major trading currencies especially the dollar.

The membership of the committee drawn from the Office of the Vice President, Bank of Ghana, Agriculture Ministry, Ghana Union of Traders Association (GUTA), Association of Ghana Industries, some universal banks among other key stakeholders has the Finance Minister Mr Ken Ofori Atta as the chairman.

The committee, named the FX Development Committee, is a fulfilment of a promise made by the Finance Minister, Ken Ofori Atta last year that government would establish a bipartisan committee to investigate the structural causes of the cedi depreciation and propose adequate measures.

Bishop Dag apologises to Otumfuo over 'offensive' sermon
27 minutes ago

There's power in a father's encouragement – Pastor Otabil
27 minutes ago