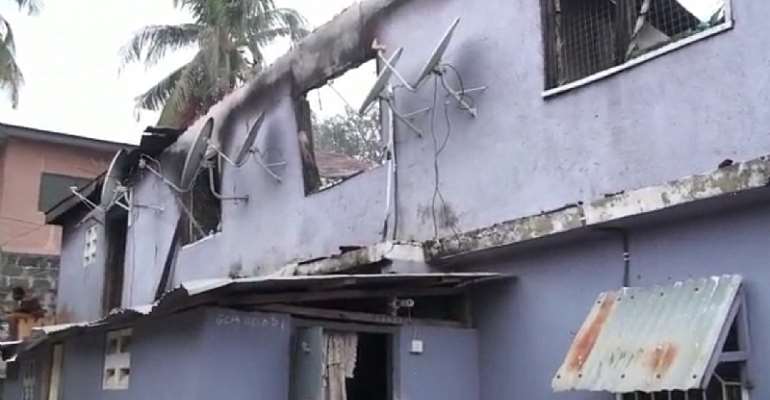 A cash sum of US$5,000 has been burned to ashes in a serious house fire which damaged to a two-storey building in Obuasi around 9:00 pm over the weekend.

The money belonged to one Daniyalu Mohammed, who had just returned home from abroad the very night the incident took place.

The blaze thought to have started from one of the 12 bedrooms in the house also consumed a passport, electrical appliances, and other personal items belonging to the occupants of the house.

Fire officers from the AngloGold Ashanti (AGA) Emergency Management Service put off the fire that burned down the entire house and also threatened nearby houses.

The cause of the fire has not yet been identified, and no one was hurt during the rescue operation.

Frank Adusa, Head of Emergency Management Services of AGA, said access to the house posed a great challenge to them in quenching the fire on time.

He admonished people to be careful with naked fire in this dry season and also urged them not to block access routes of emergency situations.