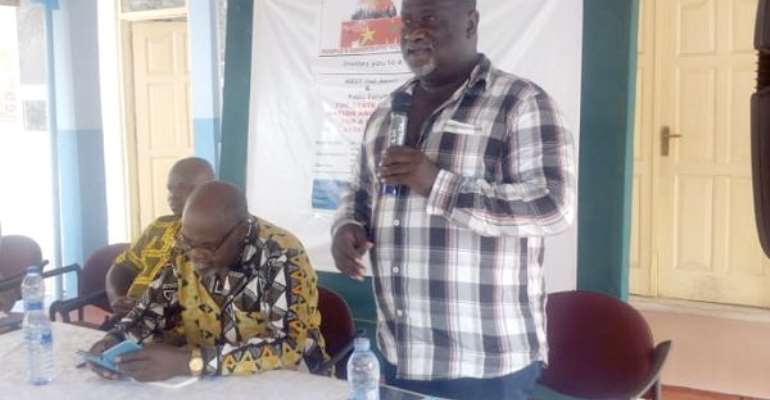 The Chairman of the People’s Democratic Movement (PDM), Dr Kojo Opoku Aidoo, has called on the youth to rally behind the movement to build a third political force.

He alleged that the ruling party is strongly backed by the Britton Wood Institution, IMF and some local cronies making it difficult to unseat the government.

"We are fighting very powerful people who have the support of the International Monetary Fund (IMF) in addition to the local collaborators who govern our country today, so we need extraordinary effort and mobilisation to provide that credible opposition,” Daily Graphic reported.

Dr Aidoo urged the teeming youth to take the destiny of the country into their own hands and return the country to its previous glory.

According to him, this was the time the youth needed an extraordinary effort and mobilisation to provide a strong opposition to the two main political forces and not just be political tools for the upcoming election.

At a public forum in Ho last Saturday, Dr Aidoo, who is a lecturer at the Department of African Studies, University of Ghana, Legon, said the problem of Ghana had been poor leadership that needed to be addressed to set the country on the right path.

It was on the theme: “The State of the Nation and the Need for a Radical Alternative”.

The People’s Democratic Movement was launched in October 2018 to facilitate political, democratic and socioeconomic change in Ghana.

During the ceremony, PDM vowed to ensure the “redemption, reconstruction and rebirth of the Republic of Ghana.”

The movement is optimistic Ghana can be developed into a modern nation that will harness its natural resources for effective development.

Accordingly, the PDM also is expected to help Ghana to defend her interests and command respect in the international community.

Why won't National Security operatives assault journalists i...
18 minutes ago