W/R: GWCL To Shut Down If Illegal Mining Persist 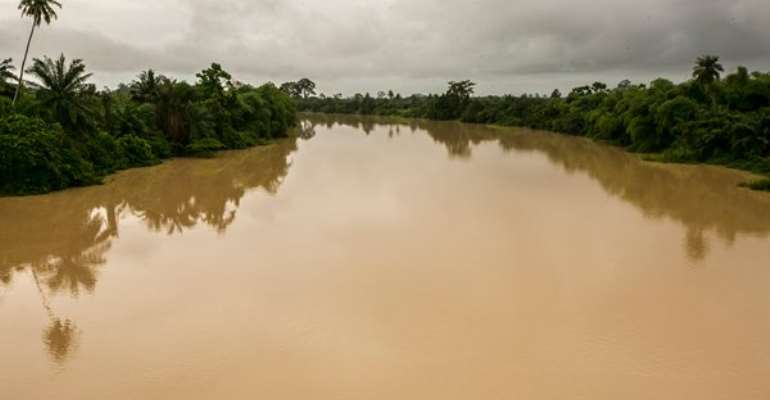 The Ghana Water Company Limited has warned that should the illegal mining menace persist in the Western Region, residents there will not have treated water running through their taps.

GWCL’s Communications Manager, Stanley Martey, in an interview on Joy FM’s Top story on Monday, indicated that the utility provider loses about 40 percent of the water abstracted before and during treatment which is not economically healthy for the company.

“Now, instead of about 11million [gallons], we are only able to treat averagely 3million. So if it gets to time and we only get 2million or less, then we have to stop production entirely,” he stressed.

Adding that: “For instance, if you have to abstract the water and you lose about 60% considering the energy and the chemical cost and everything, it will not be prudent for you to be treating water. So it means that we have to stop producing water entirely [currently in the Western Region].”

This comes after GWCL announced it has begun rationing water supply to Sekondi-Takoradi Metropolis and the Effia-Kwesimintsim Municipality.

It attributed the cause to the inadequate water supply to the treatment plant at Inchaban due to the dry season.

Meanwhile, the Communication Manager believes that the region will still be able to manage in the dry season if illegal mining was ceased completely.

“The levels [of water bodies] are low, so it is also causing rotation around the intake, so it becomes difficult for us to abstract enough water. But if they [galamsey operators] stop, we can now dredge the intake area and we can have some water as well,” he noted.

He, however, admitted that when Operation Vanguard was set up to combat the operation of galamsey in 2017, the situation for most areas got better until it was withdrawn and this has caused the Company to expend more resources to treat the water before distributing to customers.

Commenting on the rate of illegal mining in the country, an activist, Kenneth Ashigbey described the incident as unfortunate since sustainable mining plans were enacted to curb the situation.

“The President expended a lot of capital in demonstrating political will and courage about the initiative. All the fight that we did, and people’s lives that were put at risk we have come to this? Where are the representatives of the President at these districts?”

“If you look at the conversations we had, plans that we have done, and we are allowing people to go back into forest reserves. We [citizens] should be angry,” he stated.

BoG, IGP clash over attack on bullion vans
1 minute ago